How do you talk to your kids about pursuing a career in the arts? It's not an easy conversation for any parent.

In the spring of 1996, I was accepted to the USC School of Music as a performance major. It was the culmination of a journey that started when I was in the 7th grade. I switched instruments from trombone to tuba so I could get out of football practice.

The day I picked up the instrument, my band director told me I would make all-state band. He also recommended that I don't pursue a career in music. The father of one of my classmates had attended one of the most prestigious conservatories in the country and subsequently went to medical school. My band director suggested I would be better off following in his footsteps than pursuing a career in music.

By the time I was accepted to USC, I had made all-state band my sophomore, junior, and senior year in high school. Two of those three years, I was first chair in California. So I thought it would be my way into college, my way of standing out in a sea of Asians and Indians with perfect grades and high SAT scores.

A few weeks after I was accepted to USC, I got into Berkeley.

About a month before I had to make a decision about which school to go to, my dad asked me to come to his office for a talk. I went there thinking that my mind was made up, and left there having decided not to study music in college.

He didn't force the decision. But he explained the reality of what I'd be getting myself into.

If I wanted to double major in music and business, I'd have to take 18 units a semester, spend at least 4 hours a day in a practice room, and multiple hours a week in rehearsals.

To top it off, there's only one tuba in every orchestra. So job openings usually occur only when someone dies. I secretly wonder if professional tuba players look at the obituaries instead of the classifieds. It's also not a versatile instrument, so there's no back up plan.

He also said I couldn't really go wrong by attending Berkeley. I don't regret the decision not to go to USC. It was the right call, but somehow I've still ended up with a career in the arts.

A few days ago I was listening to an interview with Josh Radnor. He mentioned to Sam Jones that he wished someone had written a book for parents about how to talk to their kids about a creative career. I don't intend to write that book. But, since I've asked 100's of people how their parents occupations influence their creative journeys, I thought I'd share some of my own insights on this.

It's the rare parent who says to their child, "Please become an artist. Sign up for a life of uncertainty.” As Dani Shapiro says, “Who would sign up for such a life? Most days it feels like lunacy".

Nothing is more disheartening to a young person than a parent not taking their dream seriously.

Olivia Wilde recounted her conversation with her mother in an interview on Offcamera. She watched a taping of Saturday Night Live and told her mother, "That's what I want to do." Rather than laugh it off, her mother told her she'd need to study a lot, work at Second City, and do whatever it was going to take.

While your first instinct might be to encourage a safer, more conventional path, encouraging creative instincts when kids are a young can have a positive impact, regardless of what they do with their lives.

As I said in this conversation with Chase Jarvis, despite not becoming a professional tuba player, learning to play an instrument was one of the most formative experiences of my life. The lessons from it are ones that I still apply every day.

You can’t program a child to become creative. Try to engineer a certain kind of success, and the best you’ll get is an ambitious robot. If you want your children to bring original ideas into the world, you need to let them pursue their passions, not yours. - Adam Grant

Childhood is a time for exploration and curiosity. When you don't take the dreams your kids have seriously, you stifle both of those things.

Expose them to Models of Possibility 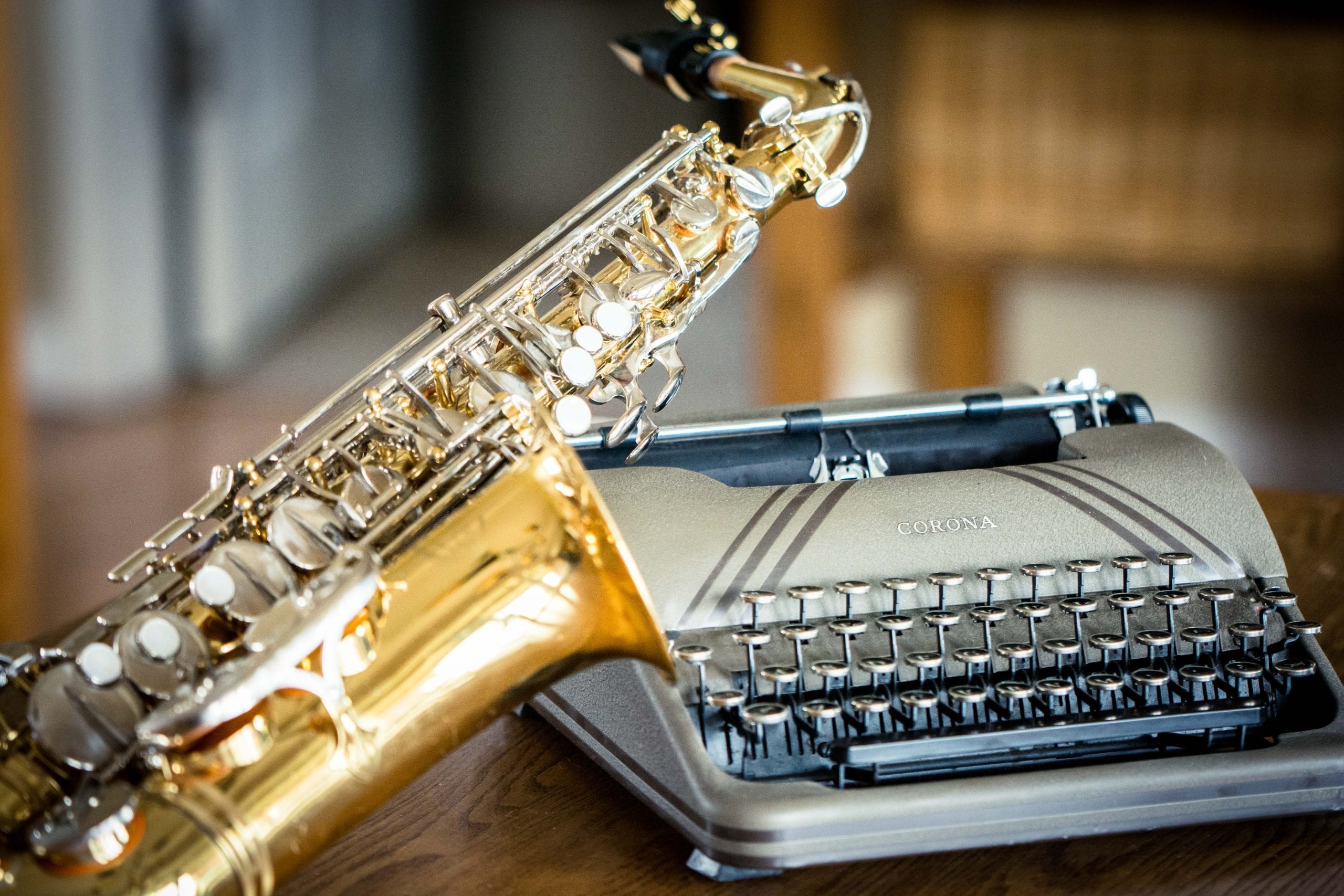 Schools can also be a fantastic environment for exposing your kids to models of possibility. We might think that states like Texas are about nothing but football, but the reality is that schools in Texas place A LOT of emphasis on the arts. Music education is mandatory for a few years. Everybody is in choir, band or orchestra. As a result, it's a breeding ground for world class musicians.

Help them Cultivate a Growth Mindset 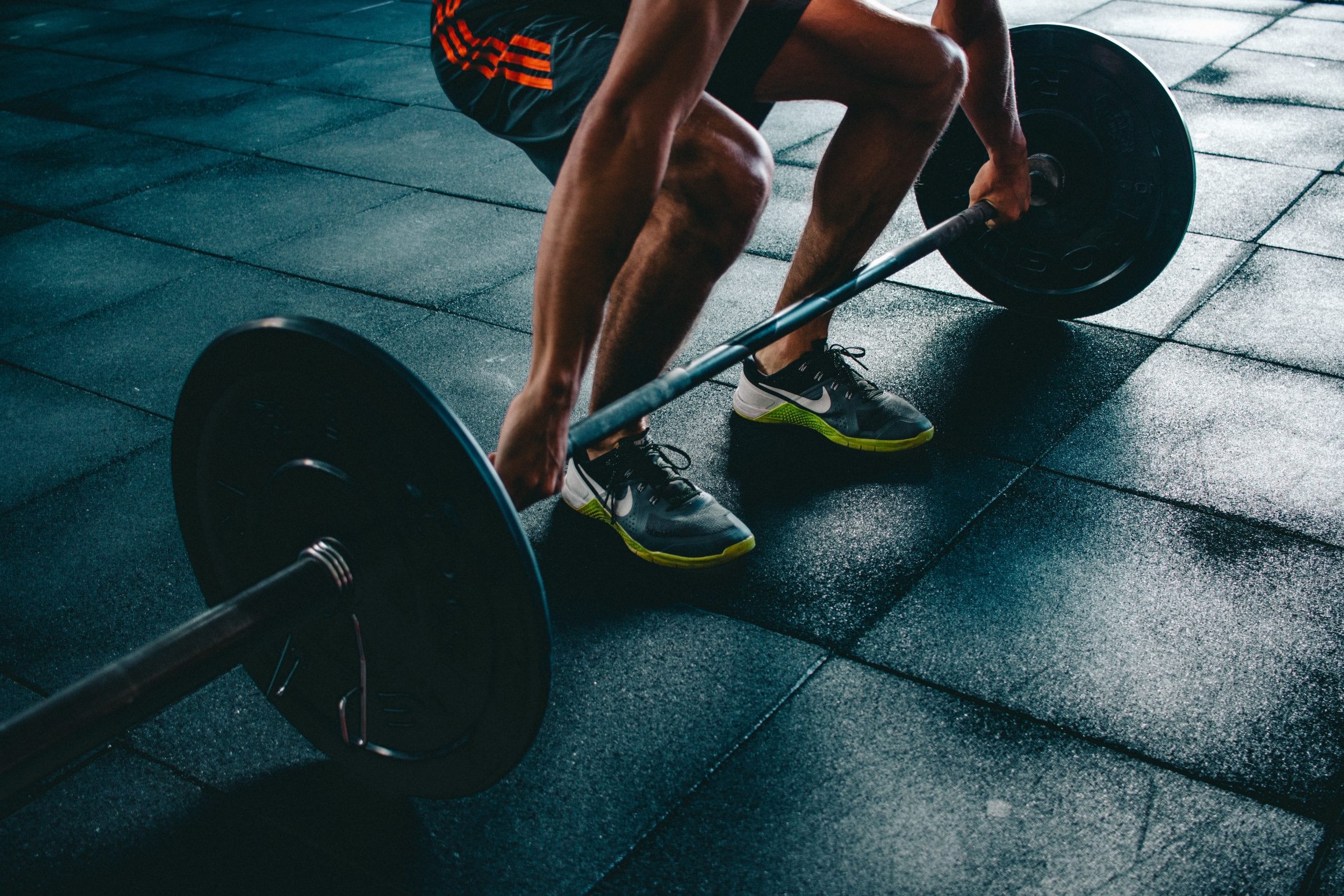 If you have a child who is serious about pursuing a career in the arts, this is one of the best things you can do for them. Praise them for their efforts instead of their outcomes. Because they will endure a lot of failure and rejection, they have to develop a growth mindset. Even if they don't manage to have a successful career in the arts, they'll have something that can be applied to every other part of their life. 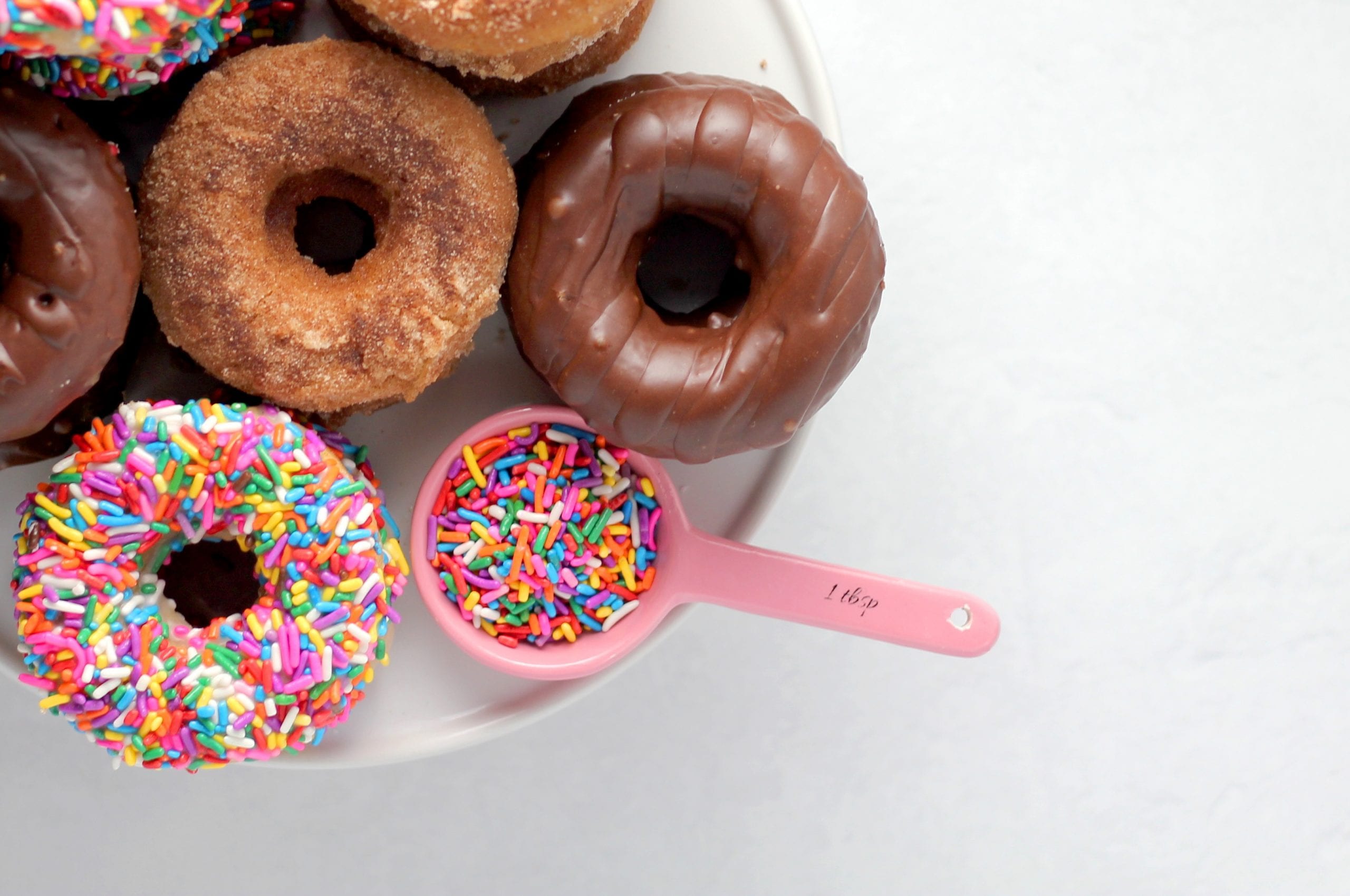 In the geography of a creative life, the odds are stacked against you. Nothing is guaranteed and anything is possible. Just like entrepreneurship, half the battle for your kid is going to be managing his or her psychology. They will endure pain, rejection, struggle, and poverty.

The most painful thing about a career in the arts is the uncertainty you have to endure. Even if you took 100 of the most successful artists in the world, plotted out their trajectories, and attempted to follow them, you couldn't guarantee someone's success. There are just too many variables that you can't control.

Rejection is an inevitable part of life in the arts. Actors go on 100's of auditions to land 1 role. Comedians spend thousands of hours at open mic nights to get a 5 minute segment on a popular show. Authors write millions of words before any publisher wants to offer them a book deal.

To make a living as an artist is hard. You have to be willing to struggle, put in thousands of hours of deep work and deliberate practice. You'll put in years of effort without a tangible payoff. If your kid is motivated by the desire for fame and money, please talk them out of pursuing a career in the arts. The only good reason to pursue a career in the arts is because you can't imagine doing anything else.

When Matt Damon meets young actors, he tries to talk them out of it. He told Sam Jones on Offcamera, “If I can talk you out of this in conversation, you're not cut out for this."

The financial uncertainty of life in the arts is enough to drive most people to madness. While you won't be in poverty forever, the beginning of a creative career is really difficult. You might have to work jobs you hate to make the art you love. You have to decide what it is you're willing to give up to be successful.

Ask Them If They're Willing to Do The Work 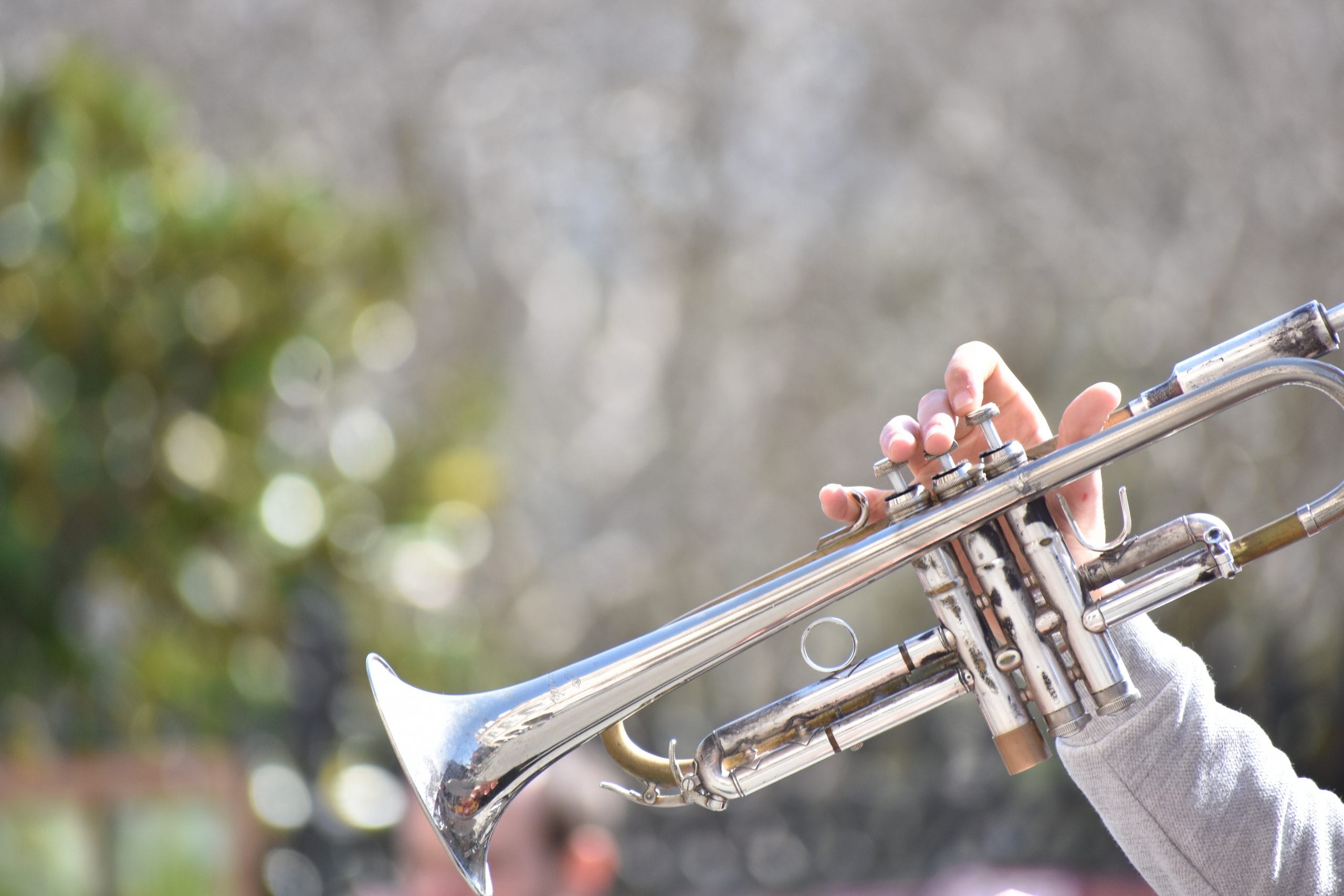 This is a life that requires thousands of hours of practice for brief moments in the spotlight. When my dad made me see that I was going to spend 4 hours a day in a practice room with a tuba, I knew I wasn't willing to do the work.

In every art form, the moment in the spotlight pales in comparison to the tens of thousands of hours it will take to get there. Life in the arts doesn't happen on red carpets or with the paparazzi snapping pictures. It happens on movie sets, recording studios, and at writing desks.

Give them the Facts, but Leave Your Emotions Out of It

As a parent, you're naturally going to be concerned and emotional about the choice your child is about to make. And as an 18 year old who doesn't know his ass from his head, even if he has a 4.0, valedictorian status, and acceptance to the Ivy League, your kid will be emotional.

If there’s one thing my dad did well in our conversation, it was that he didn't force his opinion on me. While I knew he wanted me to go to Berkeley, he just asked me to listen and made his points. 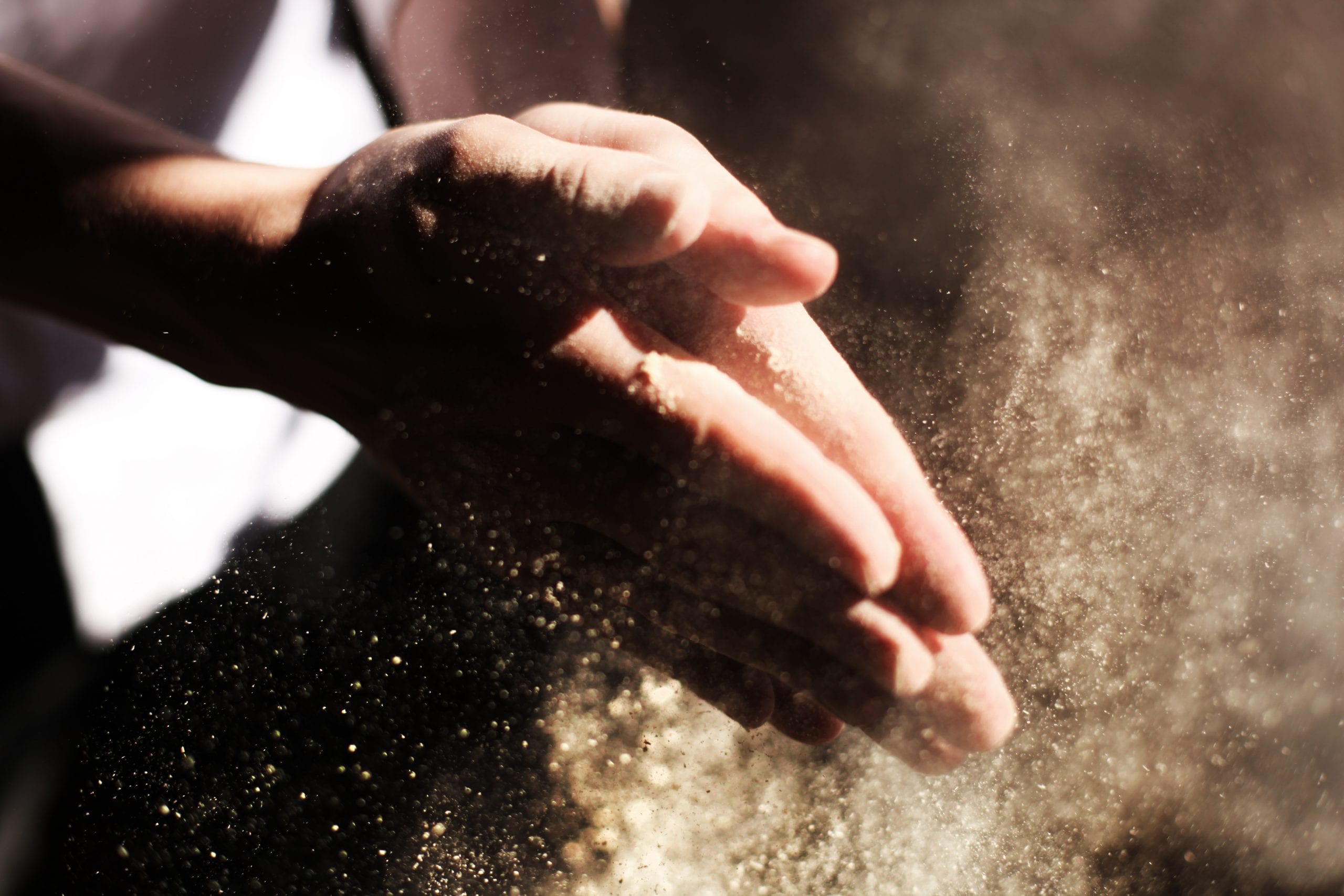 It's hard to overstate the importance of emotional support for people who want to pursue a career in the arts. When a child pursues a career in the arts against a parent's wishes, it can create a lot of turmoil within families. These careers are hard enough as it is without a parent who keeps wishing their child would do something else.

Every artist has experienced the pain of friends and family members wondering when they're going to get a “real job”. Even after they've become successful, they wrestle with the fact that people don't take them seriously.

I thought of all the times I've been asked if I'm still writing. I've been asked this by acquaintances, strangers, even by fans, readers of mine. Still writing? It felt to me like a shameful thing that I was being asked this - that surely if I had written more books, won more awards, made more money, was better known, I wouldn't be dealing with this question. Still writing?...I've asked around and discovered that every artist and writer I know contends with a version of this question. - Dani Shapiro

The stakes of this kind of a decision are much lower early in someone's life. There's probably no better time to take a risk instead of wondering what might have been. Sometimes the best wisdom comes from the school of hard knocks and a life in the arts that hasn't gone according to plan.

The choice to pursue a career in the arts is not for the faint of heart. It's not for people who thrive on certainty, and lack self-discipline. It's for people who can't imagine doing anything else, who are willing to go far past where the average person quits, who has a bias towards action, and is willing to do whatever it takes.