A few months ago I met a girl at a party who told me about the novel she'd been working on for five years.

Five years is a long time— what was taking so long?

She dismissed the question with something along the lines of, "You can't just sit down and write."

Considering I had known her for all of 5 minutes, it may have been a bit strong but I really couldn't help myself.

When I told Unmistakable Media growth strategist Kingshuk about the exchange, he laughed and said, "You're one of the worst people on the planet to make that excuse in front of."

He knows how strongly I consider this to be a key ingredient of any creator's success:

If you want to make better art, create on a schedule.

For more than six years, I've followed the same ritual every morning. I wake up before 6am, read for about an hour and start writing.

You can't rely on inspiration if you're going to have a thriving creative life.

The muse is a fickle mistress with a turbulent temperament. She only shows up when she's in the mood, but expects you to show up all the time. Some days she's in the mood to dance and other days she has nothing for you. You never know what you're going to get. Meeting the muse is a bit like going to Starbucks every day, hoping that cute girl you spotted will be there again, and you'll finally get to talk to her.

The only way to deal with her temperament is to show up every day and create on a schedule. Professionals create on a schedule. They don't wait until they're in the mood, feeling inspired, vibrating at a high frequency or their chakras are aligned. This is the one habit successful creators share.

They show up every day. And if the muse is in the mood, she'll meet you half-way. 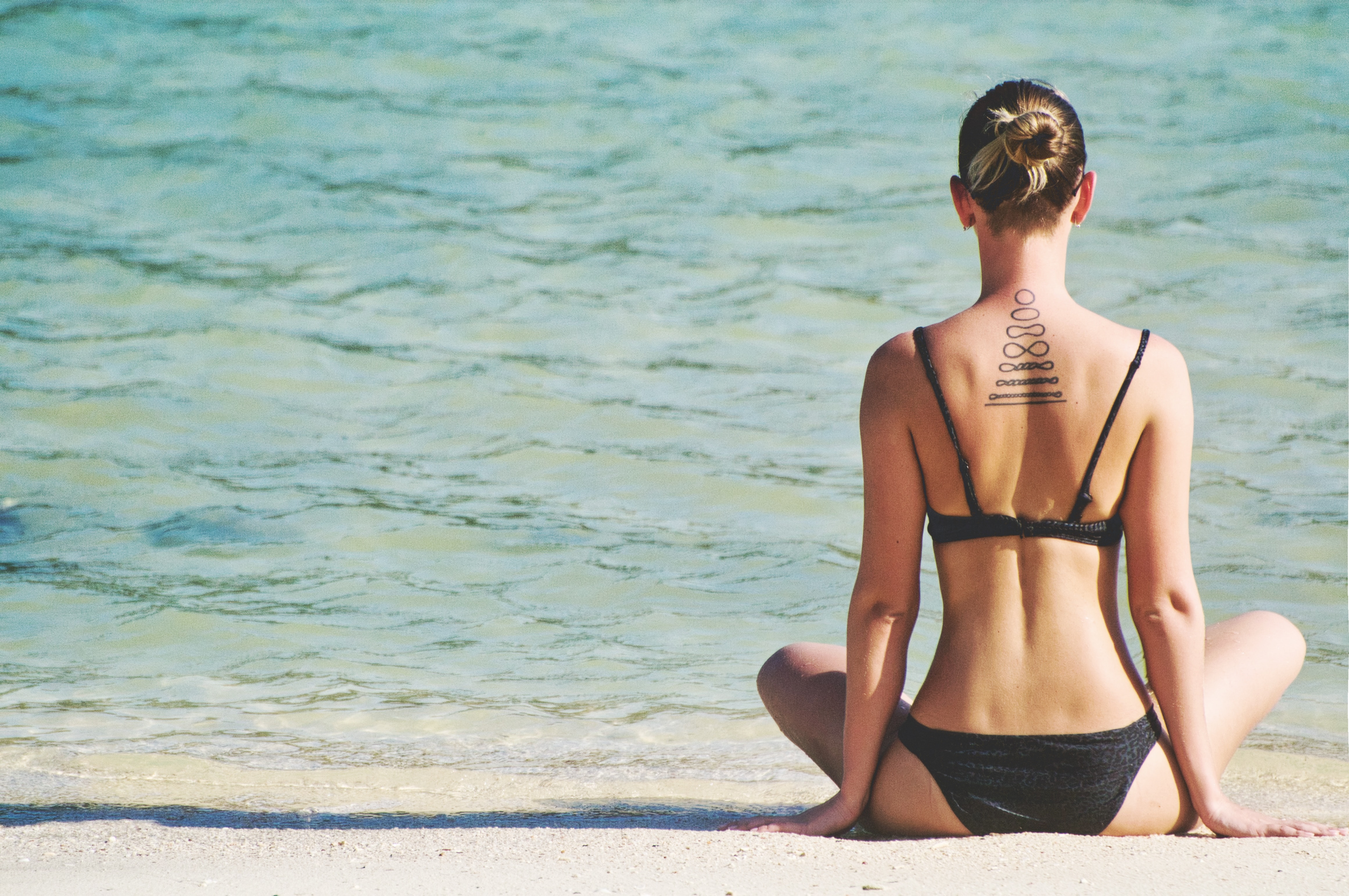 I'm almost never vibrating at a high frequency and my chakras are probably misaligned. I almost never wake up inspired to write something. If I waited for this shit to happen, I'd never have written a single word.

There's a difference between typing and writing. Typing is the warm up. Writing is the game. I just flip open my writing software and start typing.

Shitty first sentences, shitty first drafts, and the kind of stuff that makes me wonder why I ever thought I could make a living doing this. But if I persist, something happens.

I overcome resistance. I have a moment of clarity followed by insight. I think to myself, "This doesn't sound half bad."

What It Means to Create on a Schedule 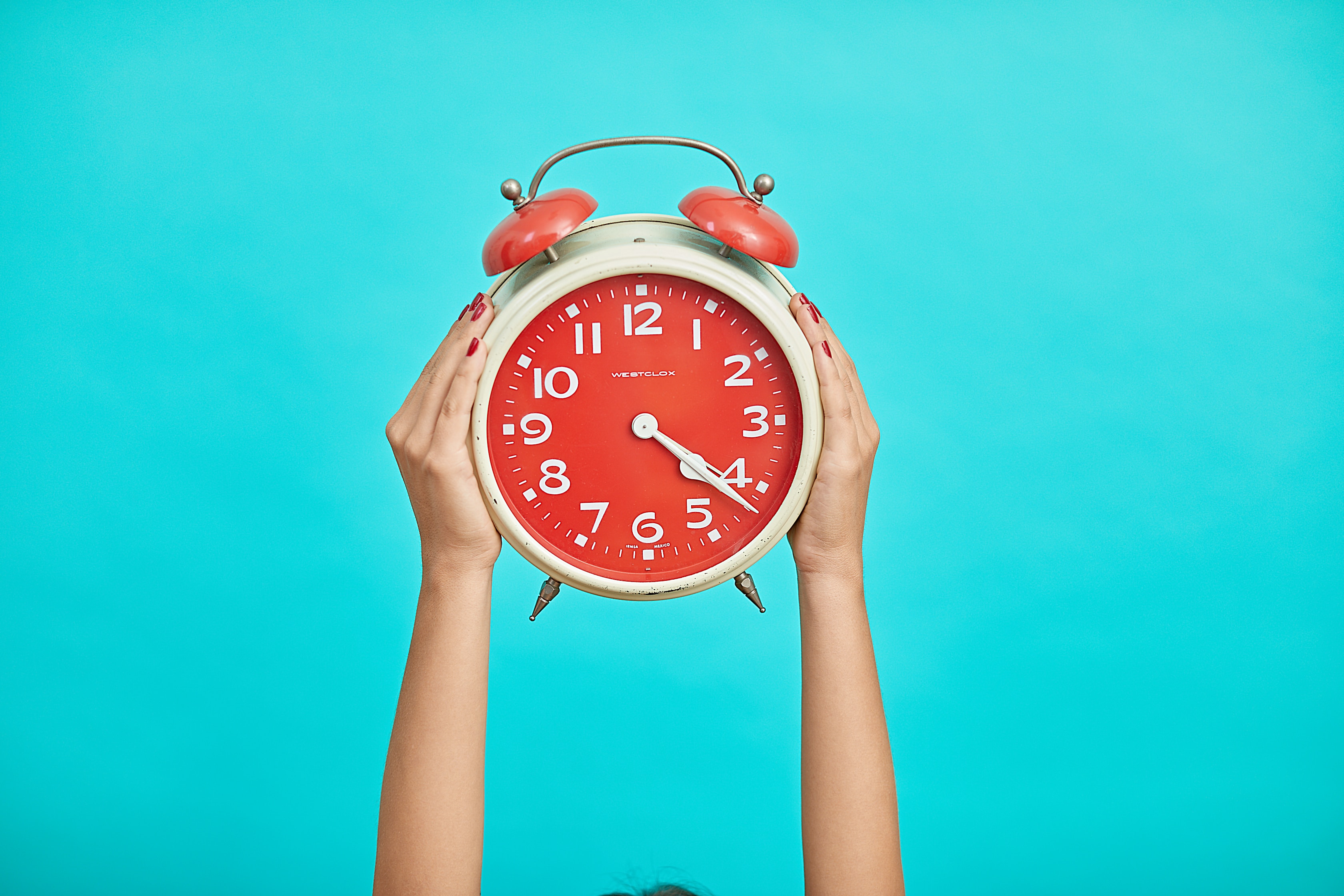 Now imagine if you didn't do those things on a set schedule. Your job would be a disaster and your kids would be traumatized.

The same goes for any creative endeavor. When you don't create on a schedule, you'll struggle to get better at your art, and waste the two most valuable assets you have: your time and attention.

Creating on a schedule means that uninterrupted creation time is as much of a part of your daily life as picking up your kids from school. It's a commitment your honor.

You might say you're "busy" and don't have the time. Be honest about how busy you are.

This busyness serves as a kind of existential reassurance, a hedge against emptiness: obviously your life cannot possibly be silly or trivial or meaningless if you are so busy, completely booked, in demand every hour of the day. All this noise and rush and stress seems contrived to drown or cover up some fear at the center of our lives. - Tim Kreieder

I'm honestly not that busy. Most of the "busy" people I know aren't working 15 hour graveyard shifts at hospitals or on the frontlines of some military conflict.

They're busy updating their Facebook status, uploading pictures to Instagram or scrolling through Twitter. This kind of busyness is dangerous because it makes us feel productive. It triggers the same kind of response you get when crossing an item off your to-do list. **

When you do anything on a schedule, it goes on your calendar.

Whether it's a meeting, a trip, or a wedding, when you put something on your calendar it's much more likely to happen.

You have to know how you're spending your time if you want to know how you're wasting it. Chances are, unless you're the president of a country, there's time in your calendar for making your art. Figure out when that is, and schedule it. You can see a screenshot below of my Google Calendar.

The hours from 6am-9am are blocked for writing. I try to avoid external meetings at all costs during that time.

It Makes you Prolific 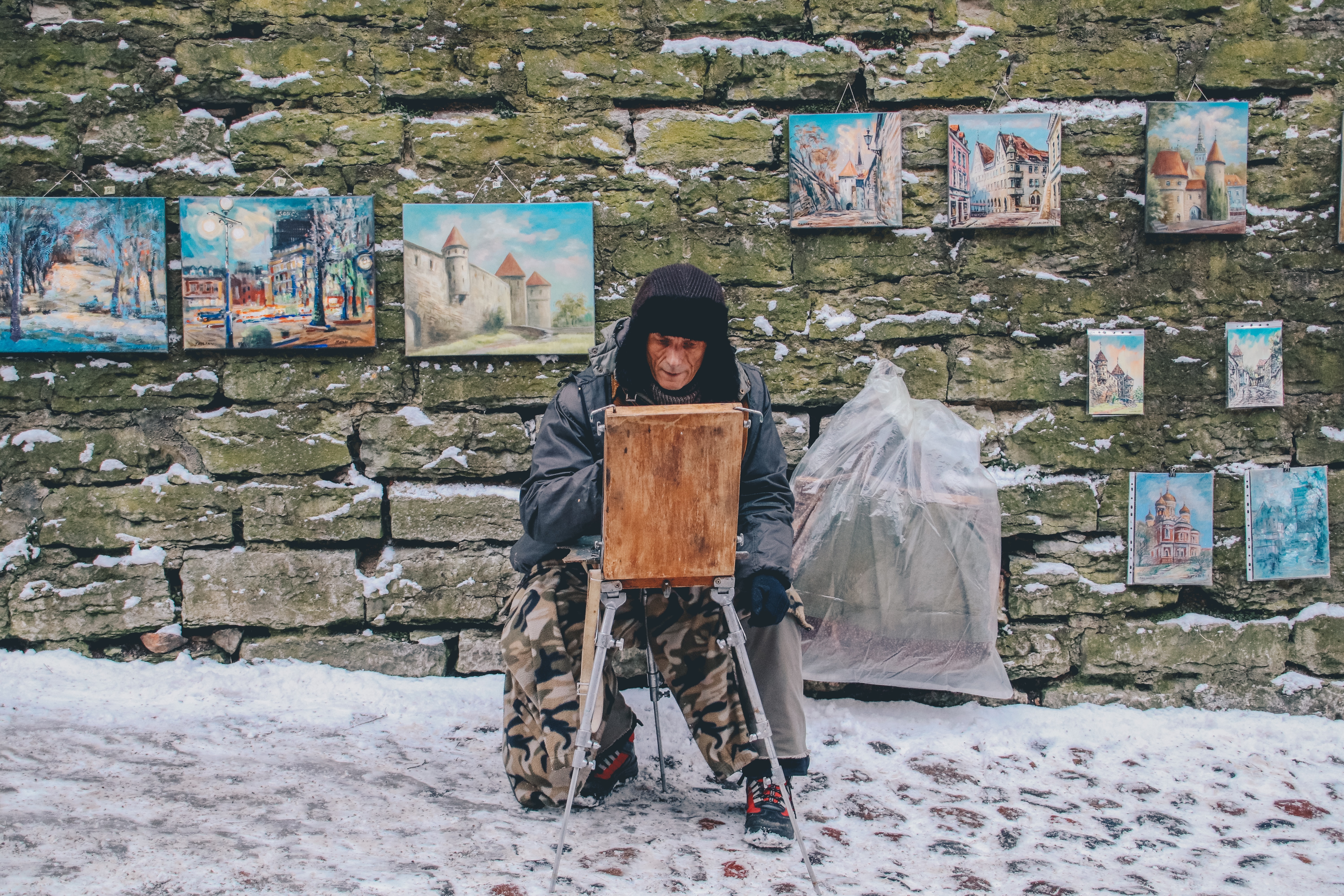 When you create on a schedule, it's inevitable that you'll become prolific. You increase the volume of your creative work and as a result you increase the quality.

In a well known study, an art teacher separated his class into two groups of students. The first group was told they had to make as much pottery as possible during the semester. The second group was instructed to make the best pottery they could. The quality of work from the first group was significantly better.

When it comes to making good art, in the long run, the person who makes the most art ultimately makes the best art.

When you create on a schedule there's no pressure to succeed. One of the biggest lessons we taught students in the fearless writer's class was that volume trumps quality. Or in other words, you have to shovel a mountain of shit to get to an ounce of gold.

You also get to create without the pressure of having to share every single thing you create. You create for an audience of one, which ironically increases the likelihood you'll reach an audience of millions.

One blog post led to my book deal. But it was one of thousands. I couldn't control whether my editor at Penguin found that blog post. The one thing I could control was my output and whether or not I created on schedule.

Creating on a Schedule Increases Your Motivation 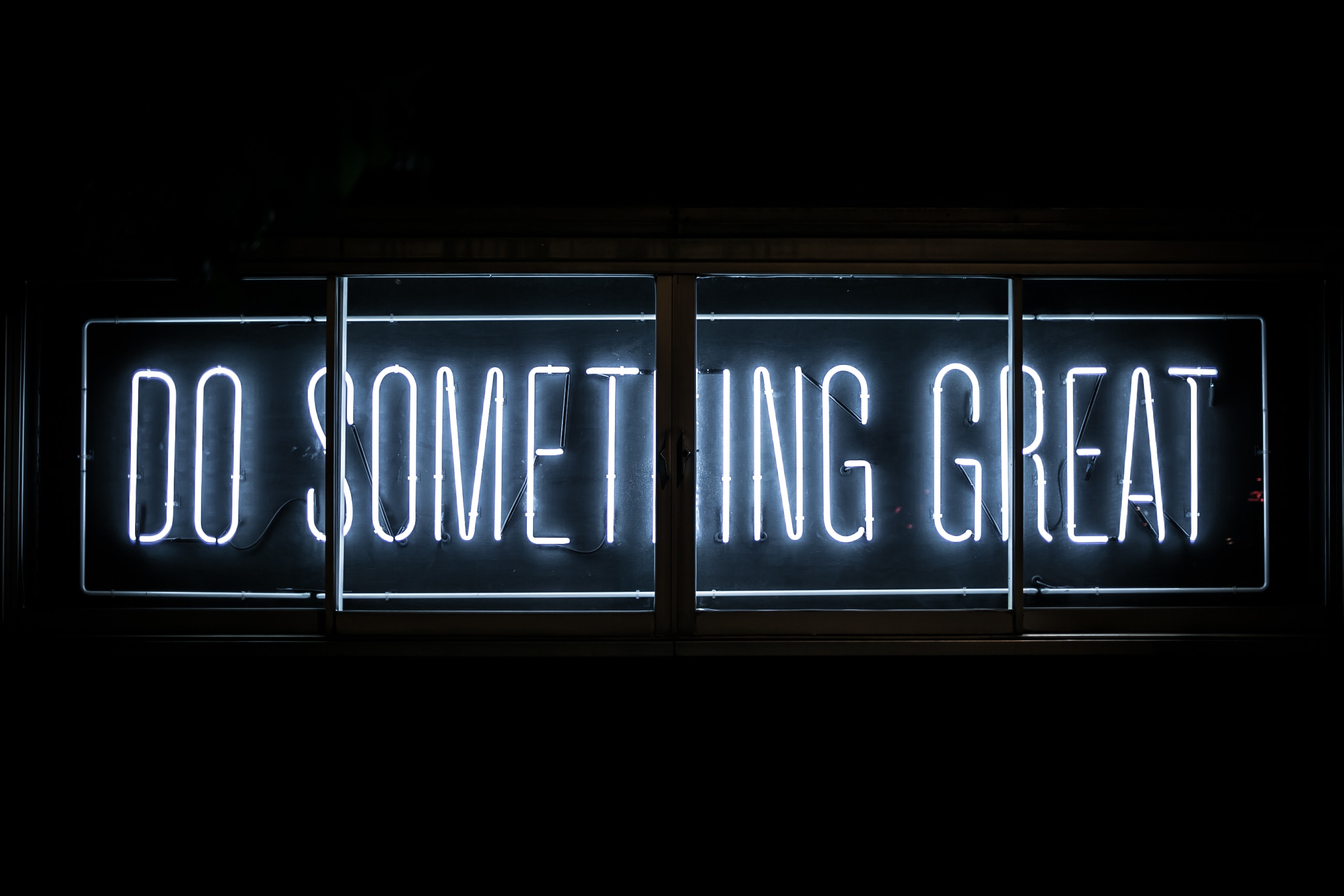 Maybe you think that you lack the motivation to follow through. When you create on a schedule, you tap into the profound power of consistency, develop your skills, and build momentum. You also make visible progress, which is a huge source of motivation. You end up in a virtuous cycle of progress, momentum, and motivation.

All of us have different lives. Some people have kids who start screaming at 6am and don't slow down until they pass out. Others have zen-like environments that are fertile soil for creativity. But the one thing we all have is 24-hours in the day.

You can accomplish remarkable things with one-focused hour a day of uninterrupted creation. The key word  being uninterrupted. Figure out when you're able to do this and then schedule it on your calendar.

If an hour a day feels like a stretch, commit to a minimum viable action.

If you do this for enough days in row, the inertia will cause you to follow through. Put this on your calendar as a meeting you've scheduled with yourself. Make it a priority. If you schedule your creativity, you'll be rewarded accordingly.

Because your environment and behavior will eventually get linked, I recommend using the same location for your creative work every day. When I sit down at my desk in the morning, I know it's time to write.

Creating on a schedule transforms an artist from an immovable object to an unstoppable force. If you want to live an artful life or build a thriving creative career, schedule your creativity.