Stop Treating your Time as If You Have an Infinite Supply

As a kid, I was obsessed with how fickle time was. I wondered why our summer vacations in India felt like they were never going to end, and I wondered why the school year would go by so fast. (I later found out this is the basic idea behind Einstein’s theory of relativity).

As you get older, time appears to accelerate. Instead of lasting forever, the summers go by in the blink of an eye. By the time you’re 40, you find yourself on a flight to India with your parents to shop for your sister’s wedding, and you wonder where 25 years went.

Every now and then, I ask myself the following question, which lights a fire under my ass:

If this had been the last year of my life, would I be happy with how I’d lived?

When I asked this question in 2013, the answer was no. When the answer to that question is no, it lights a fire under your ass.

I’ve had this sense of urgency, and desire to make an impact because I’ve always felt uncertain about how long I was going to be here. It’s not that I look into the future and can’t see myself in it. It’s just that it’s hazy at the moment. When I was telling my friend Brian this, he said that he felt the same way until he got married.

But it makes no sense not to live your life to the fullest until someone else is a part of the picture.

Over last 18 months, I’ve had a friend die; I’ve watched people I know lose people close to them; I’ve seen my sister get married; I’ve raised a round of funding for Unmistakable Creative, and sold our first batch of tickets for a conference. There’s one thing that we should never take for granted: our time. We have a limited supply and how we spend it is one of the most important decision we’ll ever make.

Time Working on Things You Care About

“I wish I had spent more time on social media” is something nobody has ever said on their deathbed. Yet, we spend so much of our time and attention on sites like Facebook that we’ve made Mark Zuckerberg a billionaire. Or to put it more bluntly, you are giving away your time and attention and as a result, Mark gets to have the life and experiences you wish you could have.

Over the last year, I’ve noticed a pattern. The people who quit or drastically reduce their use of social media are happier, make more money, and spend that time working on things they care about. Ryan Holiday has written another book, submitted a proposal for his next one, and mastering his craft. He quit Facebook at the beginning of the year.

Cal Newport is the poster child for digital minimalism and deep work. He maintains a popular blog, writes incredible books, and got tenure at an elite school in record time. He doesn’t have a social media account.

Digital validation through meaningless metrics causes us to confuse attention with accomplishment. To do the kinds of things Cal and Ryan do, you can’t just post clever status updates. What they do takes commitment, consistency and a willingness to say no to anything that doesn’t matter.

I wanted to write a book since the day I started my blog. But no publishers were interested in my work. After 5 years, I decided to take matters into my own hands and self publish. If nothing else, I’d have accomplished my goal of writing a book. What followed was something I could have never predicted. All I know is that I’m glad I made the time to do it.

Do the following exercise:

Chances are, you’d never spend your money this way. So why do you spend your time this way?

Invest Time in Experiences You Want to Have 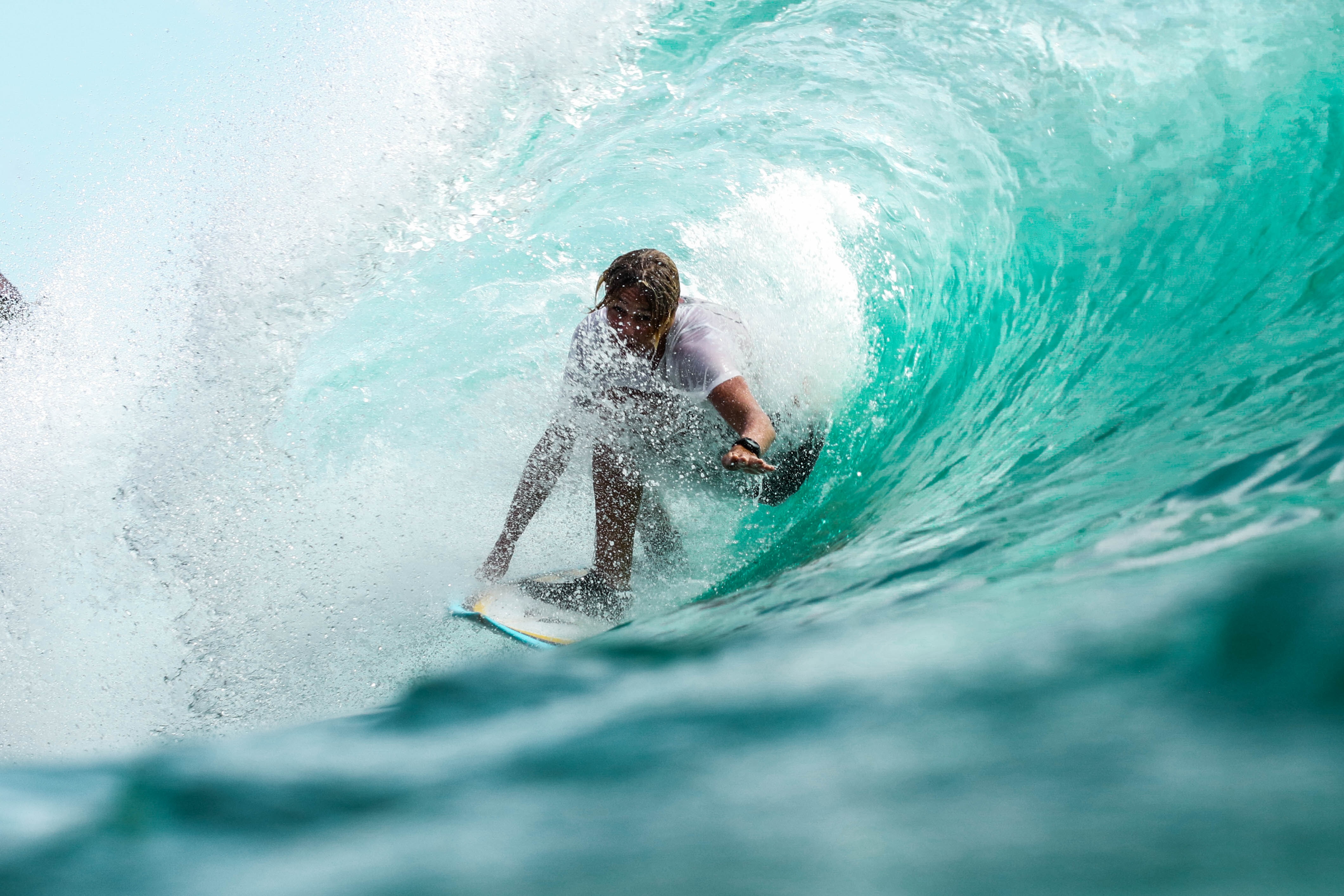 Experiences are more valuable than possessions because they lead to memories. Unlike possessions, memories can never be taken away from you.

I’m a late bloomer in every sense of the word. And of all the things to bloom late at, action sports is probably the least convenient.

There’s a point in your life when you’re no longer going to be physically capable of certain things. That’s just reality. I’d love to spend a day with my dad teaching him to snowboard or surf, but I’d never be able to live with myself if he got hurt. So, it’s not going to happen.

I started surfing when I was 30, and got into snowboarding at 35. ALL of my vacations involve one or the other. I’m currently on a layover in Mumbai waiting to board a flight to a surf ashram. With these kinds of hobbies, you don’t have a choice but to do as much as you can when your body is physically capable.

In my mind, the more of the world you see, the greater your sense of possibility becomes. Sometimes that means tolerating discomfort or inconvenience. When I sent my friend Matt this video of traffic in India, he said, “Fuck that. That would give me so much anxiety.”

Yes, it probably would. But then he’d have a much higher tolerance for bullshit. The moron who works in customer service at your cellphone provider would be a walk in the park in comparison.

You don’t have to be a travel or adrenaline junkie like me. But we expand through experience as Dave Vanderveen points out in this video below:

Think of your life as a masterpiece, and the experiences you have as colors to paint with. When you get to the end, is it going to be vibrant and colorful? Or is it going to be one drop of paint on the canvas?

Time with People Who Matter to Us

Of the 700 interviews on Unmistakable Creative, there’s one that changed my life forever. In this glimpse into mortality, I confessed to Frank Ostaseski that my greatest fear was losing one or both of my parents before the major milestones in my life. The advice he shared (see video below) is something I took to heart.

There’s nothing in the world more precious or fragile than the time we have left with people who matter most to us. So I encourage you to call someone you care about; book a flight to see a friend; and shut your phone off when you’re with someone you love. Don’t take that time for granted because you’ll never get it back.

Stop spending your time as if you have an infinite supply. Spend it working on something you care about. Spend it having experiences you want to have. And spend it with people who matter. Remember, these things aren’t always going to be an option. Live fully and die empty. Leave your heart on the stage and the world with your gifts.