The One Thing Nobody Can Take Away From You

I was broken in every sense. I had a boyfriend that I really loved that broke my heart. I had no money. I didn’t know where my next meal was coming from. And that was a turning point for me because that was when I decided that all these other things, a job, a boyfriend, cool clothes, cool car, bank account, portfolio, food. Technically, those things can be taken away from you. – Constance Wu telling Sam Jones the story of the lowest point of her acting career.

One of the harsh realities of human existence that people struggle to come to terms with, is understanding that everything we’ve acquired can be taken away from us.

Of course, the opposite is true as well. Just as there is a diminishing permanence to all the good things, there is to all the bad things as well. This why my mentor used to say that your temporary circumstances don’t have to become your permanent identity.

However, there’s one thing that nobody can ever take away from you. But to know and appreciate what that is, you have to understand some other things first. 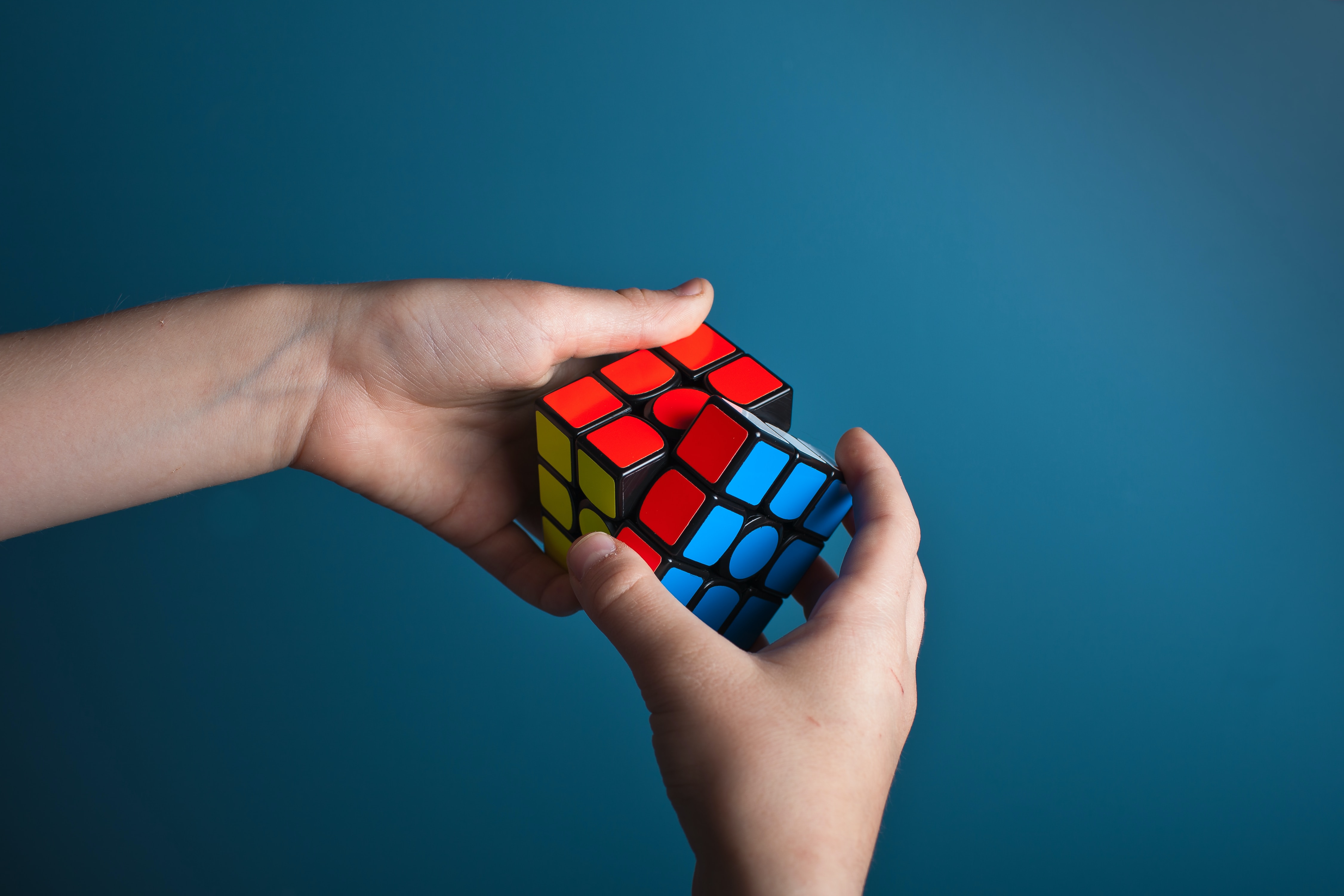 Contrary to popular belief and self-help bullshit, there’s no time in life when you won’t have problems. It doesn’t matter if you’re rich or poor, a success or a failure, your problems never go away. What changes is your capacity to handle them.

Paul Graham said that people like Mark Zuckerberg and Larry Page have been going 100 miles an hour since they were 20 years old. Every day something happens in their empires that nobody can deal with but them.

We’re deluded into thinking that if we can just have the dream job, the guy, the girl, or the starring role in a movie, all our problems will be solved. But ask a person who’s rich, met the person of their dreams, or has what you think you want, and ask them if they don’t have problems.

Language plays a big role in how we experience our lives and the world. Quincy Jones was an attendee at one of Jim Kwik’s events. When Jim asked him about problems, he said, “I don’t have problems, just puzzles.”

Seeking Fulfillment Through Accomplishment is a Bottomless Pit 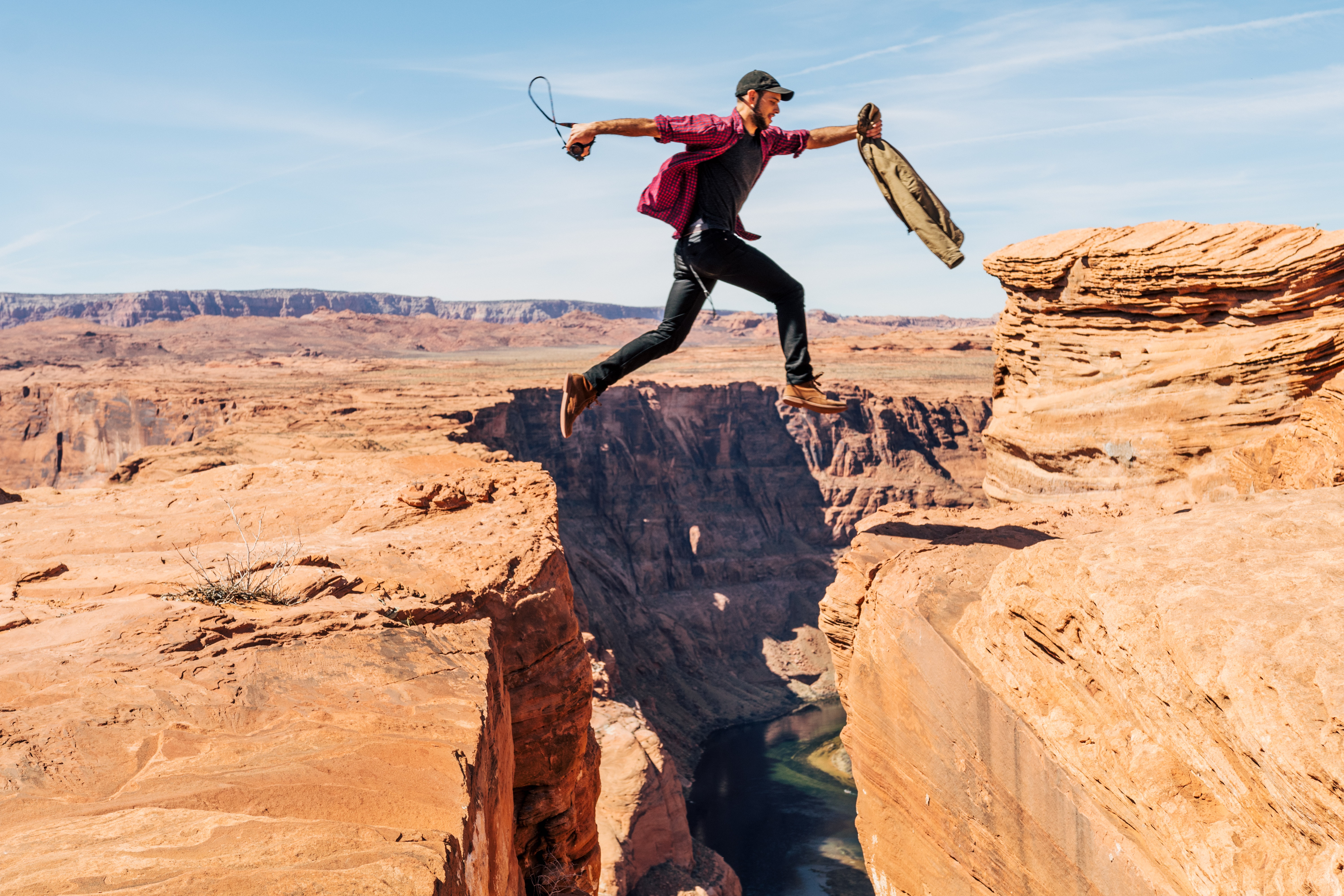 There’s an eternal gap between who you are and how you want to be. And nothing you accomplish will permanently alter your self-image. When the foundation of your self-esteem is built on something you can’t control, it’s a house of cards. You’ll see every setback, failure and disappointment as a reflection of or your value as a human; even though, none of those things are. This is difficult to understand until you experience it.

But think right now about something that you really wanted and actually have. It might be the person you married, the dream job, or the raise. Does it still make you as happy as it did when you got it?

Now think about something terrible that happened a year ago or five years ago. Maybe it was a break-up, or getting fired, or losing someone you care about. Does it hurt as much as it did then? In the midst of grief, it’s all-consuming. The pain feels as if it’s never going to end. But eventually, it does.

The Pursuit of Validation is a Slippery Slope 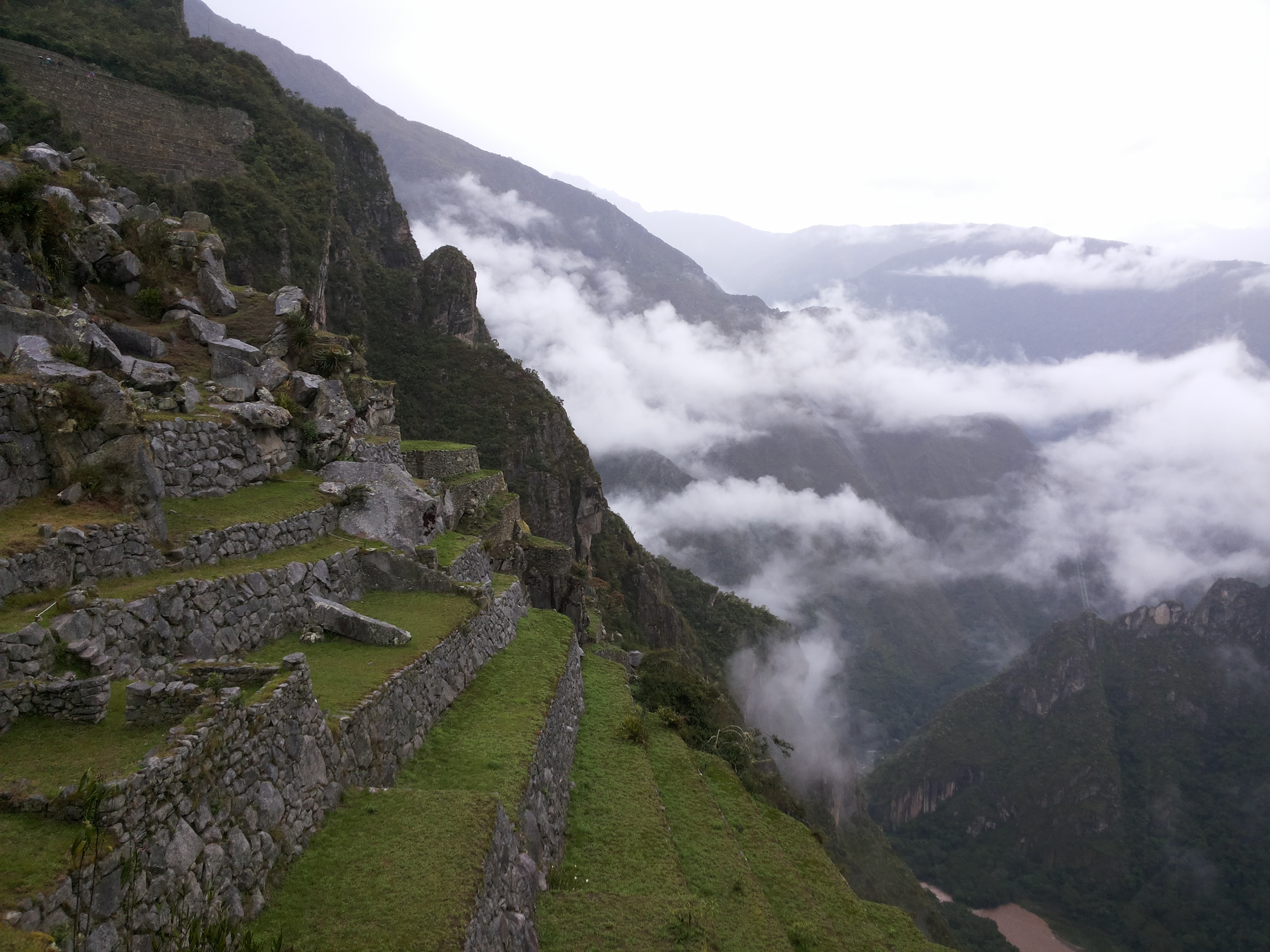 We all seek validation, whether it’s in the form of parental approval, stupid social currency from strangers on the internet, or attention from the opposite sex. It would be impossible for us coexist as a species if we literally didn’t give a shit what anyone thought.

But at the same time, we have to be mindful that other people aren’t going to live with the consequences of your choices.

One of the strange paradoxes of external validation is the less you seek, the more you get. Everything you’re seeking from other people or other sources is something you can give to yourself.

Have you ever noticed when you stop trying so hard, things suddenly start to go your way without any effort? When you expect nothing, everything comes to you.

Learning to Optimize For Your Own Definition of Enough 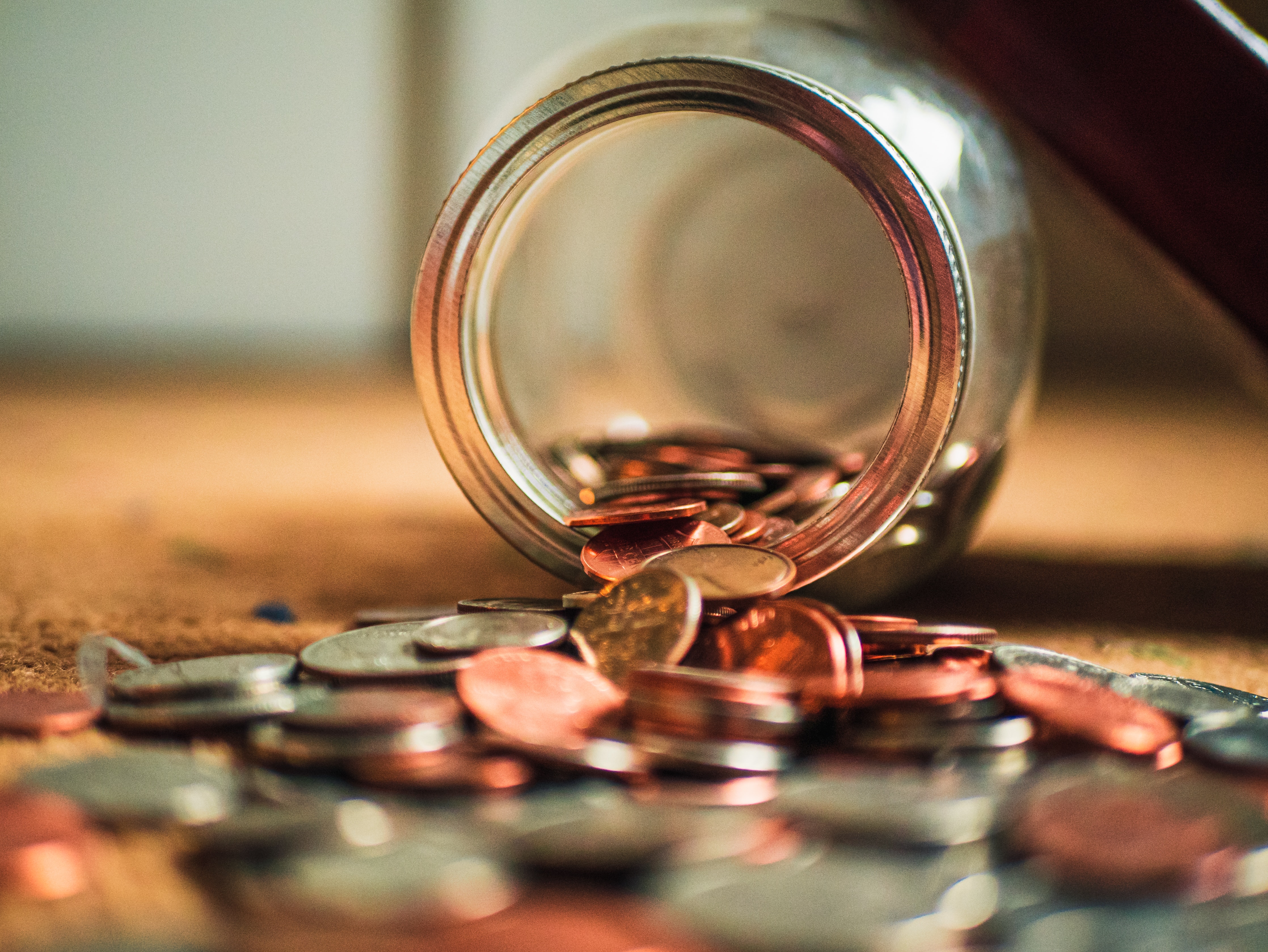 How much is enough money in the bank, visitors to your website, and followers on your social profiles? Millions of people around the world get by on far less than almost all of you who are reading this right now. When you are unclear on how much is enough, your only answer will be more. The problem with more is that there’s no endpoint. It guarantees perpetual dissatisfaction. But there is an antidote to the disease more.

Optimize your life for enough. Maybe it’s enough to live the life you have, without becoming the next Steve Jobs, Oprah, or Beyonce. Maybe it’s enough to own a car that is safe, gets you from A to B and gets the job done. But enough doesn’t have to be about compromises and deprivation. In fact, it can increase your standard of living because you’re focused on the quality of your possessions, instead of the quantity of them.

So what exactly is this one thing that nobody can take? 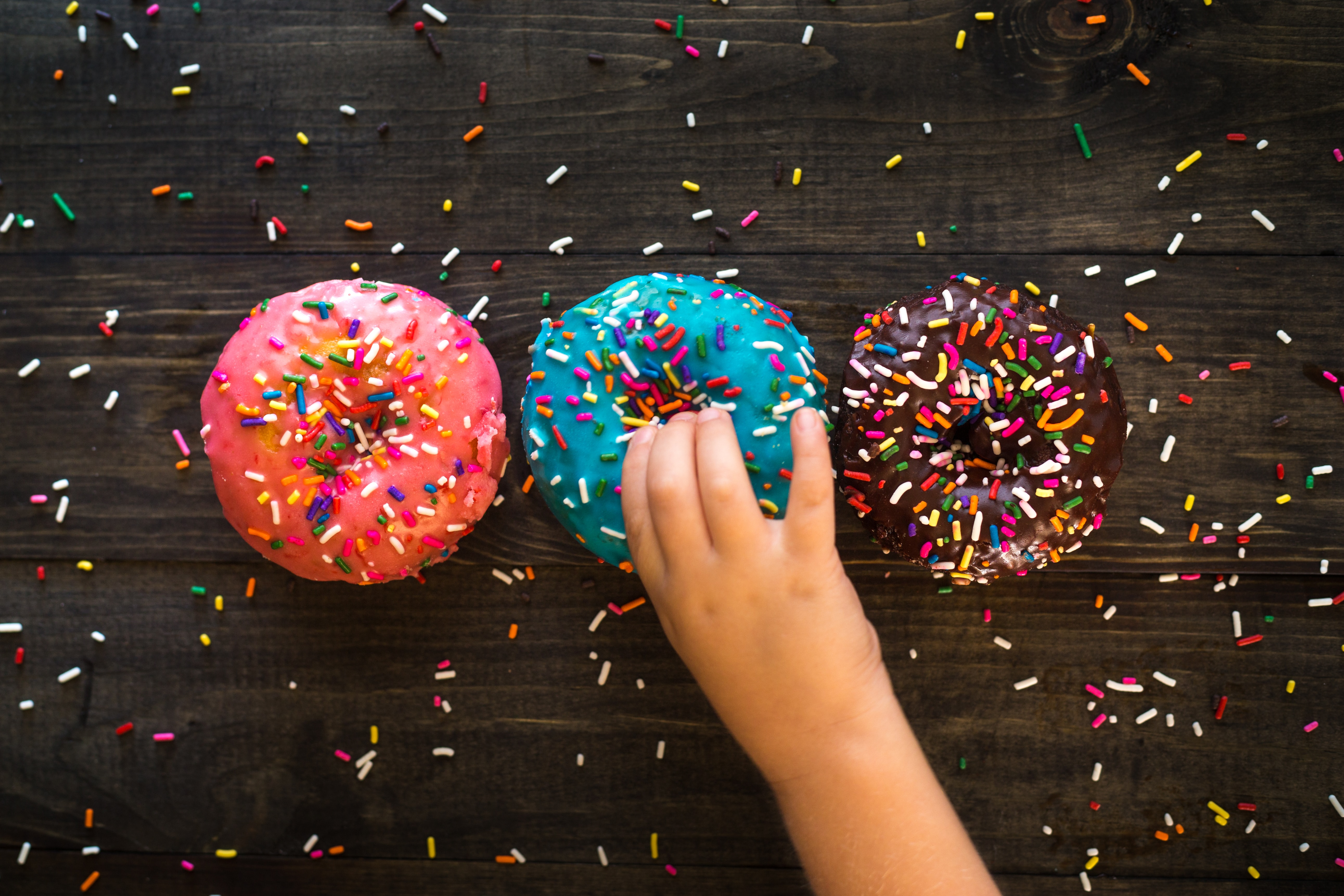 Here’s the rub – by definition, if someone could give it to you, they could also take it away from you. If it’s in this article, and my website, Medium or wherever you’re reading this went bust, then it would be taken away from you.

So how do you get it? This one thing is something you’re only going to find by going inside of yourself. The books, the podcasts, the spiritual paraphernalia, are nothing more than luggage for a lifelong, soulful exploration of inner wisdom.

It’s in this exploration that you discover grit, resilience, persistence. You learn to navigate the uncertainty and pain of being a human, forgive the people who hurt you, recover from unimaginable losses and transform setbacks into comebacks. You become the next best version of yourself.

You take responsibility for your circumstances and develop the belief that no matter what life throws at you, you can get back up when you fall, and go far past where the average person would quit.

a family member who doesn’t approve of your choices,

the casting director who passed on you,

the venture capitalist who didn’t fund your startup,

the boss who didn’t see your potential,

the publisher who rejected your book, or

the person who broke your heart

can take that away from you.

As Constance Wu said to Sam Jones, she had a profound realization in the depths of despair and the lowest point in her career:

“What you create internally is something that no one can take away from you. It is something of which you have an infinite supply.” – Constance Wu