At the start of the year, I  quit social media for 30 days. I adopted a philosophy that Cal Newport refers to in his new book as “Digital Minimalism”.

Through these 30 days, I’ve noticed some interesting changes in my life that have made me question the value of social media. 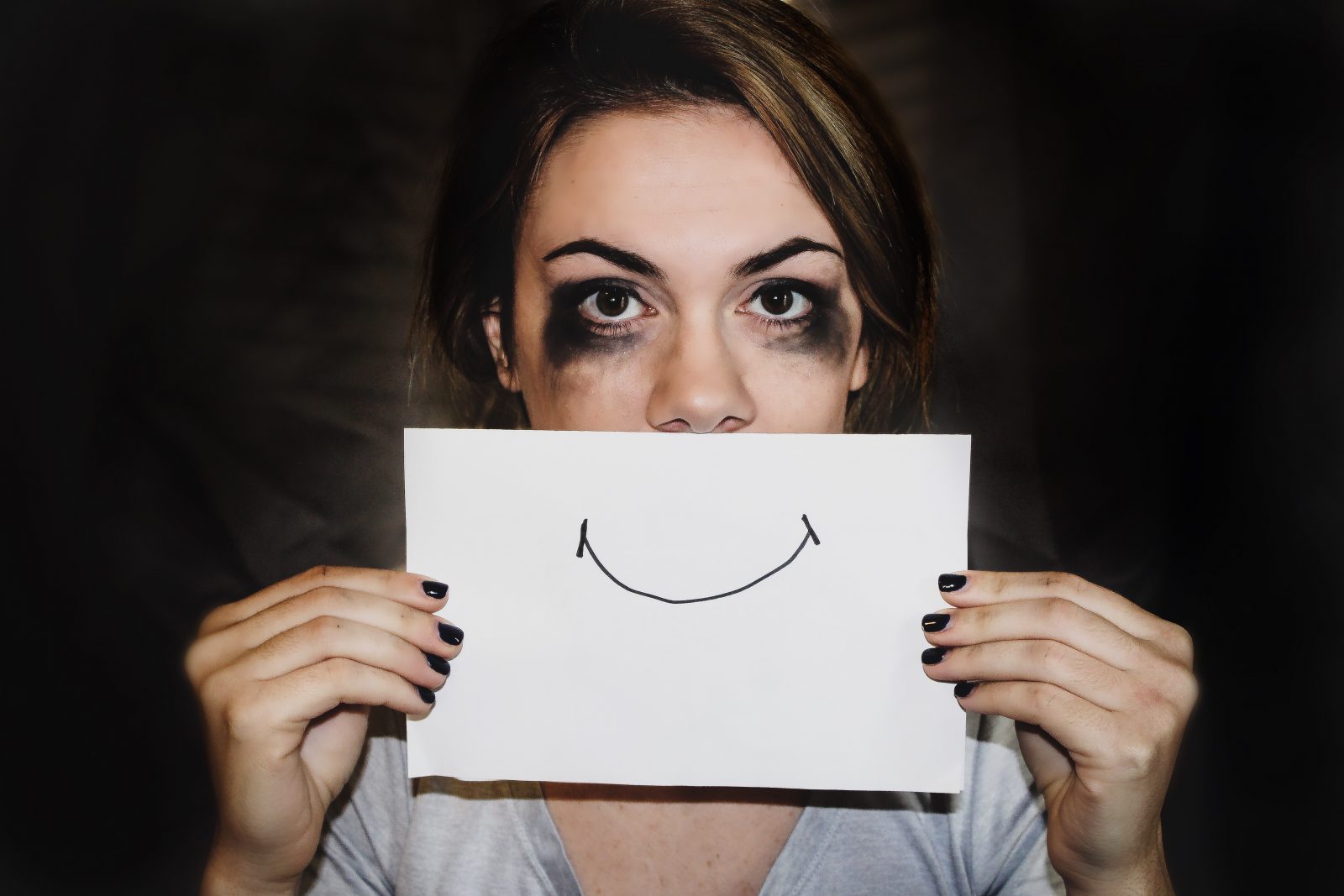 A few days ago, thanks to an amazing app called Heal, I had a doctor’s visit in the comfort of my living room. The doctor asked how my symptoms of depression had been lately. Until she asked me, I hadn’t thought about it.

Over my 30 day social media hiatus, my symptoms of anxiety and depression had subsided. I’d stopped comparing myself to other people because I had no idea what was going on in their lives and felt less anxious because I wasn’t compulsively checking social media.

Given how much research I’d done on this subject in the process of writing an Audience of One, I already knew about the opportunity costs of social media, the biggest of which is our mental health. But the result of quitting for 30 days was a dramatic decline in my symptoms of anxiety and depression.

Attention is the currency of achievement, and you’ll be amazed at how much you achieve when you’re no longer spending any of that attention on Facebook. Quitting social media completely allowed me to spend ALL of my time and attention on things that mattered, and led to greater levels of clarity, and progress on several different projects.

I read multiple books, published a blog post every single day, and finished writing a new book called The Scenic Route, which I plan to self publish in the next few weeks.

After my second book came out in August, I started working on a book proposal based on my article about what we should have learned in school but never did. However, I had been stuck for the last 2 months. After quitting social media, I had a major breakthrough. It’s hard to hear the sound of your own creativity when it’s drowned out by the noise of excessive digital input. 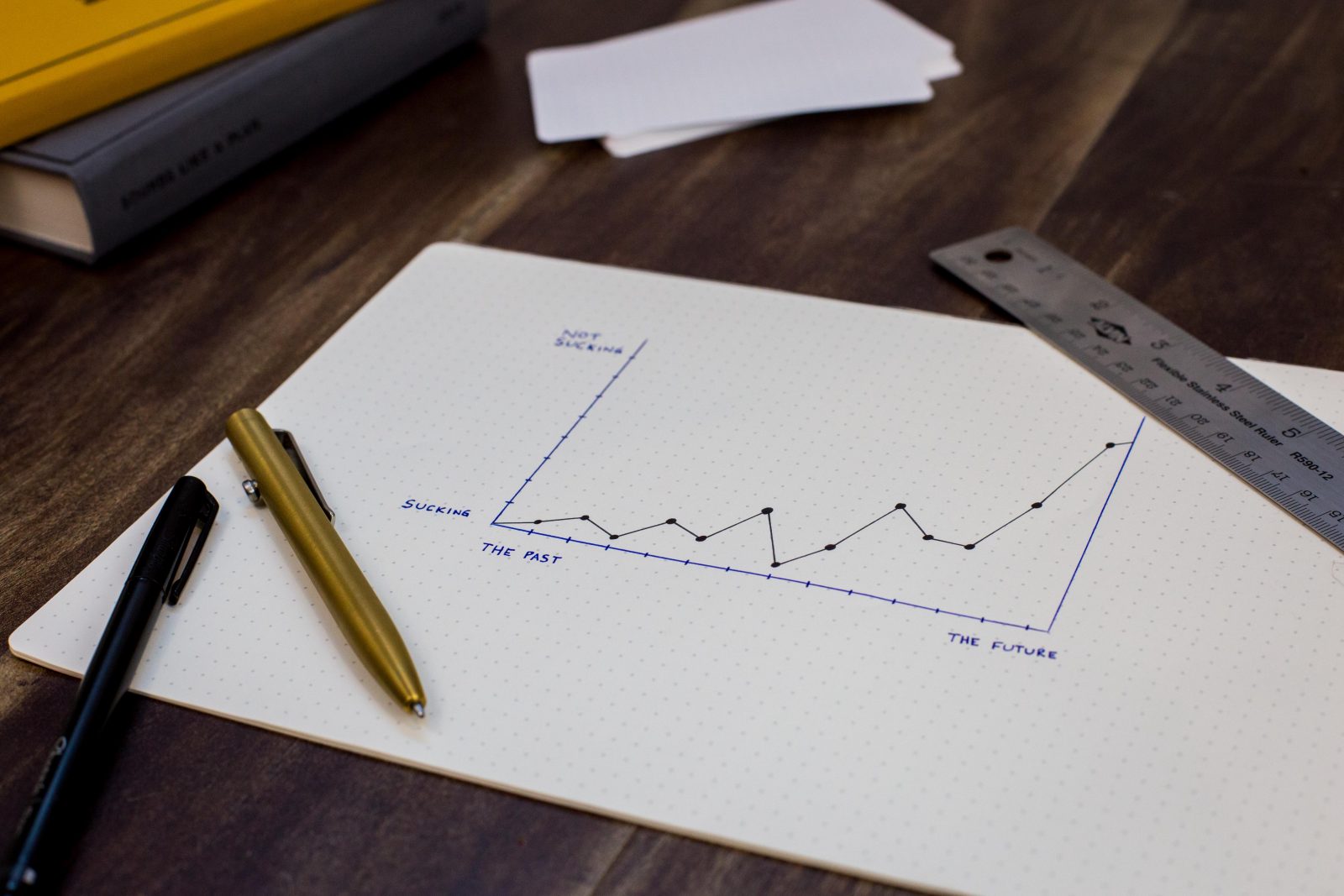 Having taken what would likely be our last trip as a family to India in December, and with my sister’s wedding on the horizon, I was starting to realize that there’s nothing more valuable in life than the time we have left with people who matter most to us. I made it one of my biggest priorities for the year to see my friends and family in person more often. Every interaction so far has been deeper and more meaningful. I’ve had long drawn out conversations with friends, family members, and first dates.

Measuring my Life in a Different Way 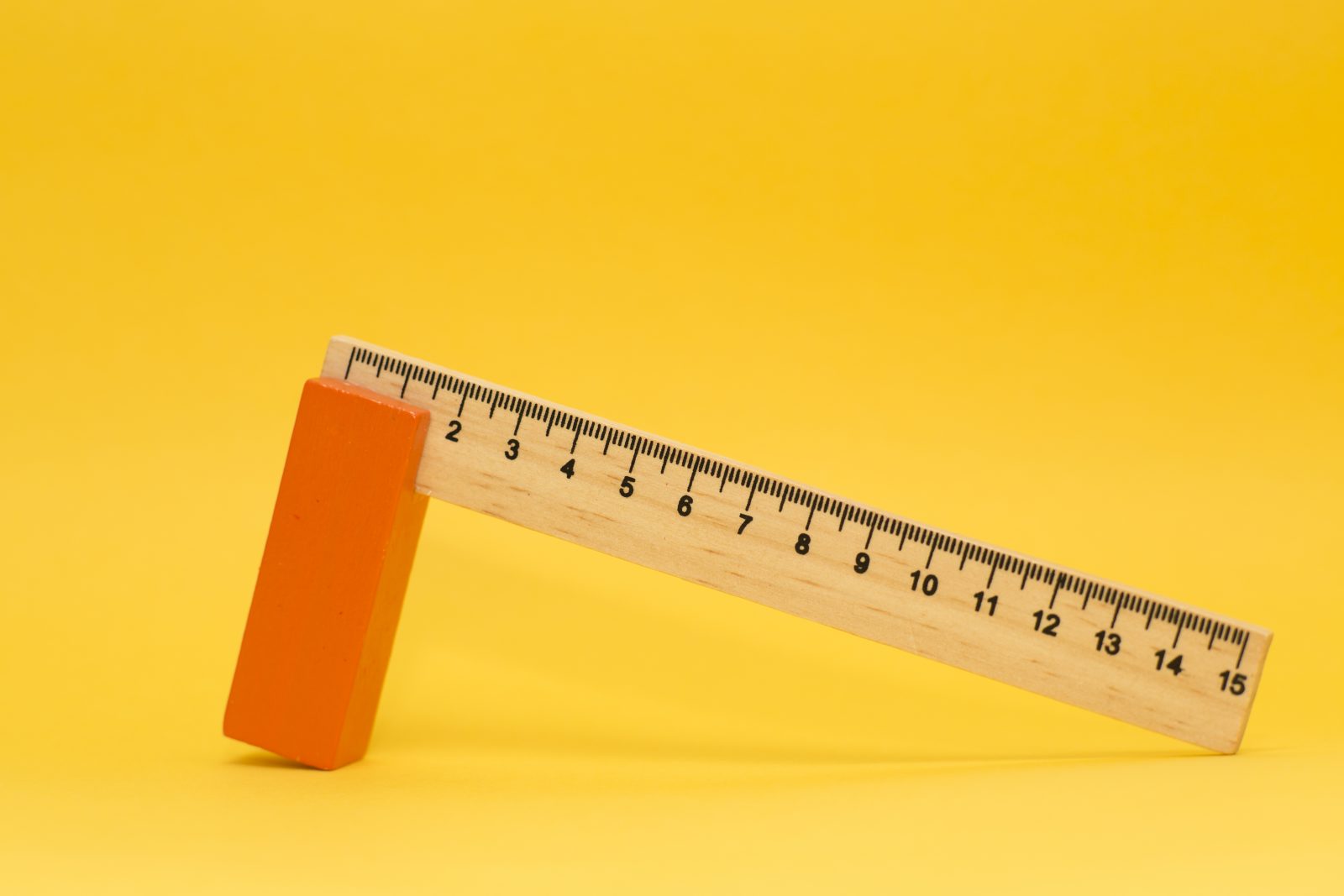 How you measure your life will have a profound impact on your happiness and well being. When I asked people in my audience about the metrics they use to measure their life, very few said they measured social media metrics. While that might be true, people don’t see that the features on most social media platforms cause us to unconsciously measure our lives with vanity metrics. You’re being programmed to measure your life with someone else’s yardstick. This kind of measurement inevitably leads to comparison, which is the thief of joy.

When I interviewed Cal Newport, I asked him what he thought the consequences were of the way we’re currently using social media:

There are really scary results when looking at how social media affects mental health, especially if you look at Generation Z. They were the first generation to actually have access to smartphones and social media in their preteen and early teenage years.

But if you look at Generation Z, particularly young women, you see a massive spike in mental health issues. It’s one of the scariest graphs I’ve ever seen.

Looking at the state of anxiety and anxiety related disorders and looking at the number of hospitalizations as a result of self harm proves that there’s a mental health crisis going on. Depression, suicide attempts and self-harm stats have skyrocketed. There’s no better explanation that fits the timing of these stats other than social media and smartphones.

If you put these things in the hands of young people whose brains are still developing and who are still going through these hard middle school and high school periods, the result of social media use is causing physical harm and unprecedented levels of increase for self-harm and mental illness.

Let’s say that someone who’s my generation or maybe a little bit older got out of our vulnerable teenage years without actually being exposed to this. There are still some serious harms that social media use can cause in ages after teenage years.

The first is that it exploits time and attention. If you take your time and attention away from things that are more beautiful, these tools do significantly decrease the quality of your life. I think that there are a lot of people my generation and older that have this vague background hum of anxiety. There’s always some sort of chasm of existential despair that’s not far away from all of us, but just keeping it at bay by constantly looking at the growing rectangle of our online profiles is no way to live.

When you move your content consumption into the walled garden worlds of these social media conglomerates, you’re just consuming information from a stream that’s being driven by an algorithm whose whole point is to maximize engagement. This does really bad things to your view of the world, and how you think about other people. It pushes people to the far extremes, and takes them from unhappy to angry. It’s just not a healthy way to actually engage with the world. 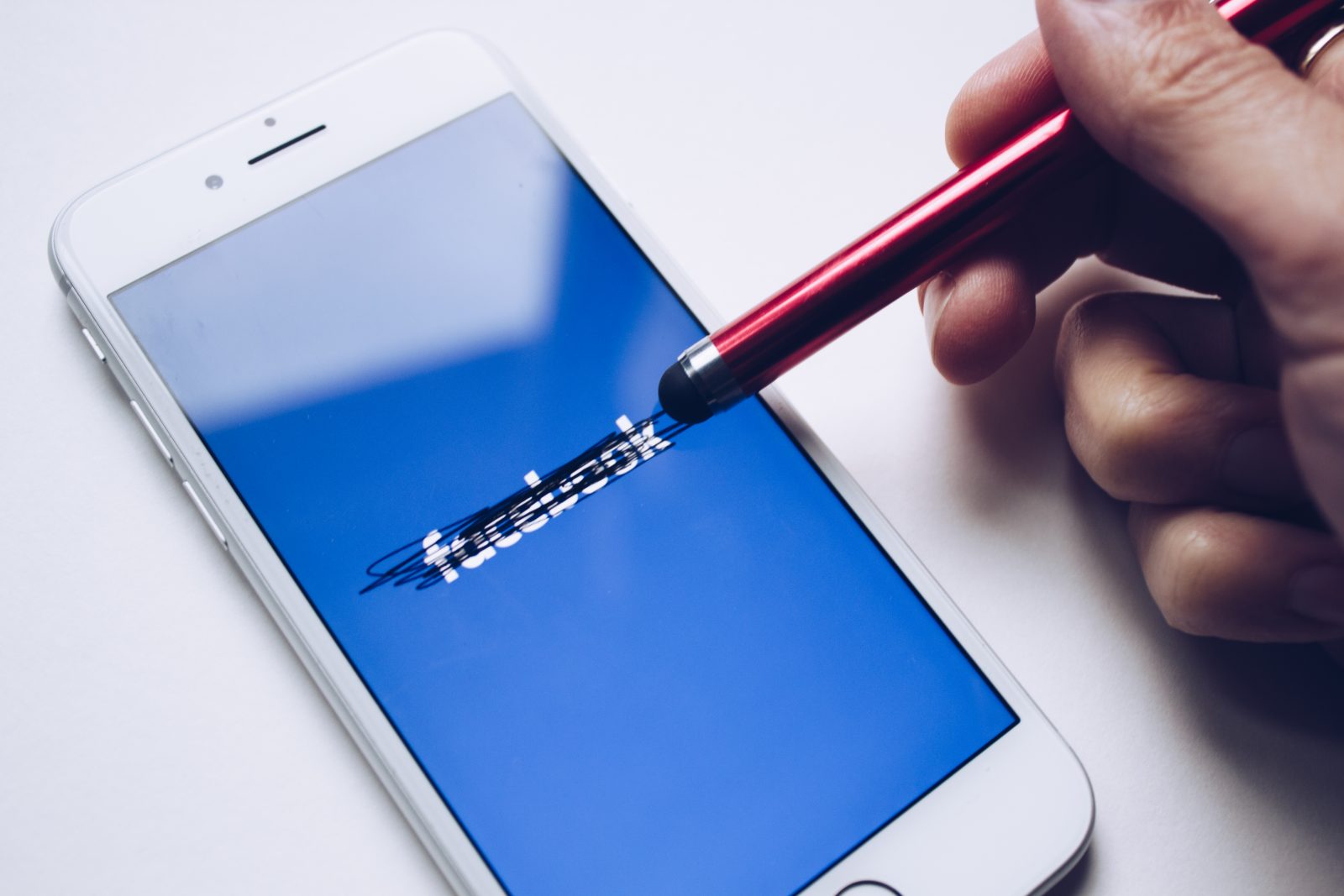 We didn’t sign up for the digital lives we now lead. They were instead, to a large extent , crafted in boardrooms to serve the interests of a select group of technology investors. — Cal Newport

When I logged back into Facebook for the first time, there was a flood of notifications, none of which were particularly relevant, and most of which were inconsequential. I realized how compulsive my habit of “checking in” had become, and also realized that I hadn’t missed anything. When I logged into Instagram, things looked pretty much the same.

After this, I closed Instagram, I deleted it from my phone, logged off of Facebook, and began to wonder, “What exactly is the point of using social media?” With the clarity that came from the 30 days away, I concluded that it is for the most part pointless. I didn’t miss anything and it seemed pretty clear that nobody missed me either. Nobody seemed to give a shit that I hadn’t posted, and I realized that social media had given me an overinflated sense of self-importance and self-obsession.

The two most valuable things I do for my audience are writing and conducting interviews for the Unmistakable Creative Podcast. Neither require me to be on social media and writing and interviews are the only things my audience would probably miss if I stopped doing them.

What surprised me most about this experience was how much the desire to check social media dissipated. It was the clearest indicator that the way we use social media is not a conscious choice, but we have in fact been programmed to keep feeding the beast.

A while back when I wrote a piece about quitting social media for 5 days, somebody commented and said, “Don’t kid yourself, you’re addicted.” I was already writing a lot about deep work and I using tools like Rescuetime to block distractions, but, after 30 days away, it’s safe to say that he was right, and I had been addicted.

As a culture, we’re addicted to social media and validation from the strangers on the internet.

If you do a hard reboot as Chamath Palihapitiya suggested in his talk with the students at Stanford, you will become hyper aware of just how much of an addiction social media has become. You will also start to see the the value of being active on social media is highly questionable and mostly bullshit. You don’t need to be on it to grow your business and nobody is going to wonder why you’re gone.

One of my best friends dropped his daughter off at school when I was visiting him a few weeks ago. Because she was looking at her phone, she ate shit on a pile of ice. The irony is that just a few nights before, I was trying to convince her that she and her friends should give up using social media for just a week, and institute a “no phones at lunch” policy.

There are have definitely been some benefits to my life from using social media. I’ve reconnected with a high school classmate who became one of my best friends. I’ve met amazing people from all over the world. But what made those relationships valuable was not the fact that we were “friends” on Facebook, but that we sat face to face, had long conversations and broke bread together.

We are slowly losing touch with the world around us. We’ve stopped looking up and looking around because we’re staring at our phones. For all you know, the person in front of you in line at the grocery store or coffeeshop could be the most important person you’ll ever meet: the love of your life, an investor in your startup, etc, etc. But if you lose touch with the physical world because you’re so absorbed in your virtual world, you’ll never meet them.

If the upside of 30 days away is progress on your most important goals, greater levels of happiness, and decreased levels of depression and anxiety, don’t you think that’s a worthwhile reason to embrace digital minimalism?