Knowledge work is not an assembly line, and extracting value from information is an activity that’s often at odds with busyness, not supported by it. - Cal Newport, Deep Work

It's time for us to get rid of the 8-hour workday. For more than 20 years, I struggled to manage my attention so much I eventually got fired from almost every job I had. What initially started as a coping mechanism for getting shit done despite having ADHD, turned into a set of habits, systems, routines, and rituals that enabled me to build a career.

My body of work includes:

I did most of this work in about three hours a day.

If you observe the working habits of artists or people who do creative work for a living, they are much better at managing their time and attention than knowledge workers. Their survival depends on it. If they aren't producing, they aren't eating.

At my last job prior to business school, I worked hard to look busy until I couldn't anymore. Then, my boss put me on a performance improvement plan. I survived the 60-day plan and got to keep my job for a few more months.

A few weeks after my acceptance to business school, I started acting like Peter in the movie Office Space.

When I finally told my boss I was resigning to go to business school, I got emails from people telling me what a great example of leadership I'd been in the last few months.

The eight-hour workday doesn't make any sense and it hasn't for decades. Knowledge workers aren't making widgets. There's no direct correlation between the time they spend at the office and their output. Given the that there's a diminishing return to energy, effort, and attention throughout the day, there's probably a decrease in output throughout the day.

We've built amazing tools to automate repetitive processes. Our devices are more powerful and have more capabilities than they've had any other time in history. But as Cal Newport said to me, the way we do knowledge work is similar to the way we built cars before the industrial revolution. It's 2019, but we're working like it's 1919.

This is like owning a Ferrari and driving it on surface streets. With the tools and technology we currently have, we can easily eliminate the eight-hour workday.

Before we address how to get rid of the eight-hour workday, we need to talk about why. 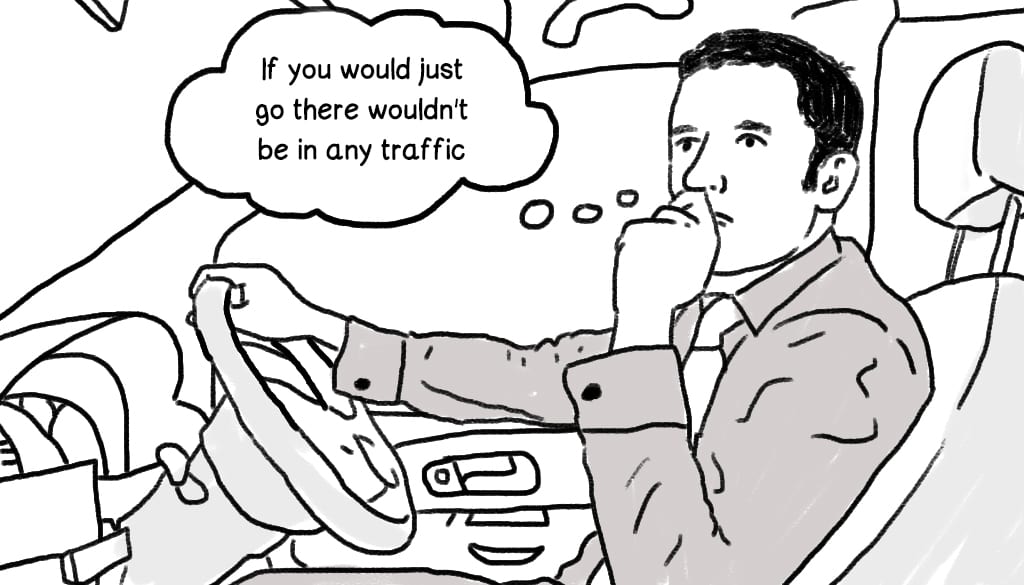 Thousands of people every day make the trek from San Francisco to Silicon Valley. I've never in the last 20 years heard anyone say "I'm going to crush it today because I just spent the last hour and a half in bumper-to-bumper traffic." Sitting in traffic before you start the day is hardly a recipe for peak performance. And sitting in traffic atthe end of the day is hardly a recipe for a happy home life.

I'm not suggesting that people stop going to an office. in fact, I think human contact is one of the most beneficial things about working at a company where you interact with other people. But subjecting those people to a long commute and expecting them to be at their best is a tall order.

I find it hard to believe anyone is doing real work for the entire eight hours they're sitting in an office. But to drive the point home, let's back it up with some math.

You might have to be in the office to work on a project together. Despite my vehement opposition to the eight-hour workday, I'm a huge proponent of face-to-face meetings. I think human contact is one of the most beneficial things about working at a company where you interact with other people. President of Ycombinator, Sam Altman, says they rarely fund founders who are in remote locations.

Meeting in person for important projects and important work reduces miscommunication, helps us build more trust, and decreases a lot of unnecessary nonsense that masquerades as work.

Sidenote: If someone has expressed interest in investing in your company, meet them in person any time you can.

3. The Law of Diminishing Returns

The law of diminishing returns is a concept from economics which states that at some point, the same input will yield a lower output.

There's a diminishing return throughout the day on our attention span, decision making capability and energy. If you've ever been on a diet, you don't crack in the morning. It's the end of the day when you decide that Trader Joe's lava cake and ice cream is exactly what you need (this is my personal vice).

If you walk around corporate America between 3-5pm you'll probably see a lot of people writing emails appearing to look busy. But mostly, they're just waiting to go home. And what they do between those hours could probably done at home in 15 minutes.

For the same reason, it makes no sense to insist that people work when the same effort they put in at another time of day, leads to diminished levels of performance.

Parkinsons law states that we'll complete a task in the time that we've allotted for it. If you've ever had a hard work assignment you put off until the last minute, you've experienced Parkinson's law. Despite a deadline and plenty of advanced notice, you somehow manage to complete this assignment.

I always challenge our content strategist, Kingshuk, with time constraints because of Parkinson's law. Sometimes he pushes back, but when he doesn't, he ends up surprising himself. Often, the time we allot to complete a task is arbitrary. Something ends up taking an hour because we think it's going to take an hour.

If you gave yourself 30 minutes at the end of the day to process email, you'd deal with your email in 30 minutes.

Who says it takes eight hours to complete our tasks? Maybe we could get the same amount of work done, and work less. If you're a manager at an organization, I challenge you to adopt half-days for one week. You might get the same output in half the time.

Elite performance requires sustained focus for an extended period of time. But most working environments are interruption factories.

People's days are being interrupted with emails, meetings, slack messages, and thousand of other distractions competing for their attention. Journalist and author Steven Kotler says flow follows focus and that it takes 90 minutes to get into a flow. Flow is the gateway to high performance.

It's hard to reach flow states with the current structure of knowledge work.

This structure for doing knowledge work trains people for competence instead of mastery. While you can maintain the status quo this way, over the long run, training for competence is a recipe for mediocrity.

The list of reasons why the eight-hour workday doesn't make sense is endless. But to get rid of it, we have to know how.

Our capacity for deep work and deliberate practice is about four hours a day. We can account for this by working in 90-minute blocks on one task. This is also the approximate amount of time it takes to get into a flow, leading to a 500% boost in productivity.

What do you do if you have more than one task? Unless you're like me at my last day job, you'll always have more than one task. Organize tasks based on how cognitively demanding they are and how long they might take. For example, it takes me much longer to write an article like this than it does to pay an invoice. But both have to get done.

If we can consistently achieve a 500 percent increase in productivity, we can work less and get more done.

7. Automate as Much As You Can 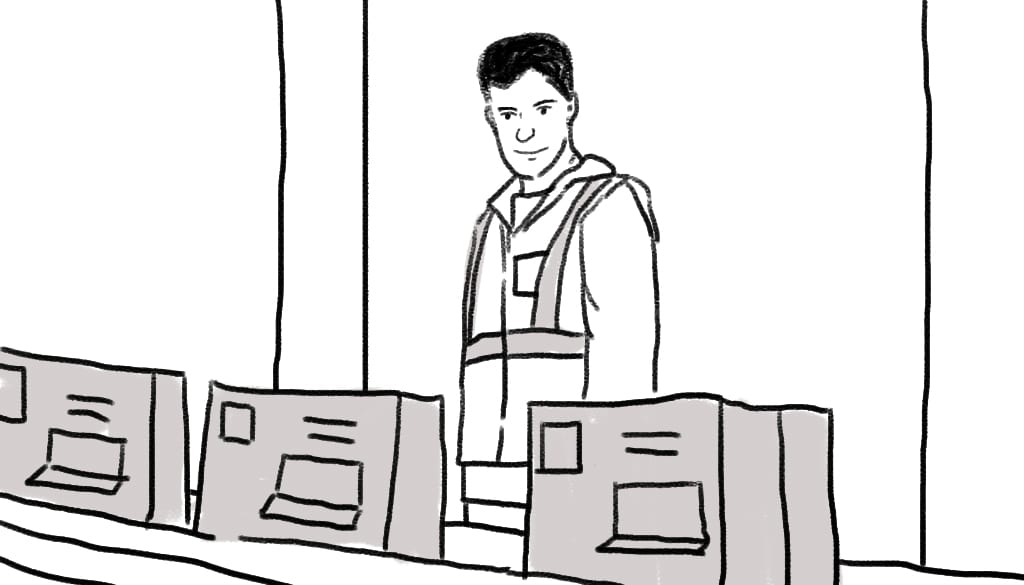 There are dozens of manual and repetitive processes in any organization that can be completely automated. But companies waste thousands of hours when they're not.

A few weeks ago one of our advertisers needed to pay an invoice. When I looked back at the process, I received close to 20 emails from different people just to cut a 600 dollar check. Chances are the amount of time it took to make this happen cost the company more than 600 dollars.

Many of the steps necessary to produce an episode of The Unmistakable Creative were repetitive:

It was the same process for hundreds of guests. Doing this manually when it could be automated made no sense at all. My friend Gareth used Airtable to automate as much of our podcast production workflow as possible because it was so repetitive.

The primary high-value activity, in this case, was recording the interview. Nothing else required skilled labor and could be automated.

8. Take Breaks from Focus, Not Distraction

Working this way is cognitively demanding. It requires effort, energy and sustained attention. But when most people take breaks, they check their email or look at social media. Flow isn't like a light switch you can turn on and off. It takes place in a cycle. When you use a break to update your status or check email, the cycle starts all over again.

When you feel the urge to stop working on the task at hand and check email, replace it with another habit. Stare out the window for 20 seconds. Get up for a glass of water. Then return to the task at hand. You'll get the benefits of taking a break without the cost of losing the time it took you to get into a flow.

9. Give Every Meeting a Purpose

Far too often, meetings are pointless, don't lead to anything, and disrupt our workflow. Yet, people spend insane amounts of time in meetings every week. In her book, Work Simply, Carson Tate created one of the best frameworks I've ever seen for conducting meetings. I use it do conduct every meeting.

Thanks to this framework, meetings which used to last an hour now last 15 minutes.

10. Organize Your Work into Projects

After reading Scott Belsky's book, Making Ideas Happen for the second time, I organized my work at Unmistakable Creative into a series of projects. Each project has reference materials and action steps associated with it. Half the battle of information overload is organizing information in a way that allows us to take action on it.

The people who feel threatened by the lack of an eight-hour workday are the ones who believe that face time is equated to value. There might be a lot of people who appear to be "working their assess off" when in reality they aren't doing a thing.

The eight-hour workday is inefficient. It makes people hate their jobs and it doesn't make any sense for the overwhelming majority of the knowledge worker.

Getting rid of the 8 hour work day is not a productivity problem. It's ultimately a culture problem. It's so deeply embedded in most of us,  it's like water to a fish.

My old business partner Brian recently started a new company But he had been working at a company for 18 months. It took him almost 2 months before he realized that he had the freedom to structure his workday however he wanted.

The only way to get rid of it in the long run is to rewrite your organizational operating system.