Throughout our lives, we’re conditioned to take a linear approach. The entire structure of our formal education is linear. There’s minimal deviation from the options in front of us and little exposure to the possibilities that surround us. But when it comes to the creative process, this doesn’t work.

Take something like writing. Almost everything you learn about writing in school is bullshit. You learn how to write a 5-paragraph essay with proper spelling and grammar. But that doesn’t help you all that much if you want to write books.

If you’ve been a long-time reader, you know that I make typos and mistakes. But that hasn’t prevented me from writing 2 books with a publisher. There’s a difference between writing to be read and writing to pass a test. That’s why nobody has ever written the great American 5-paragraph essay. 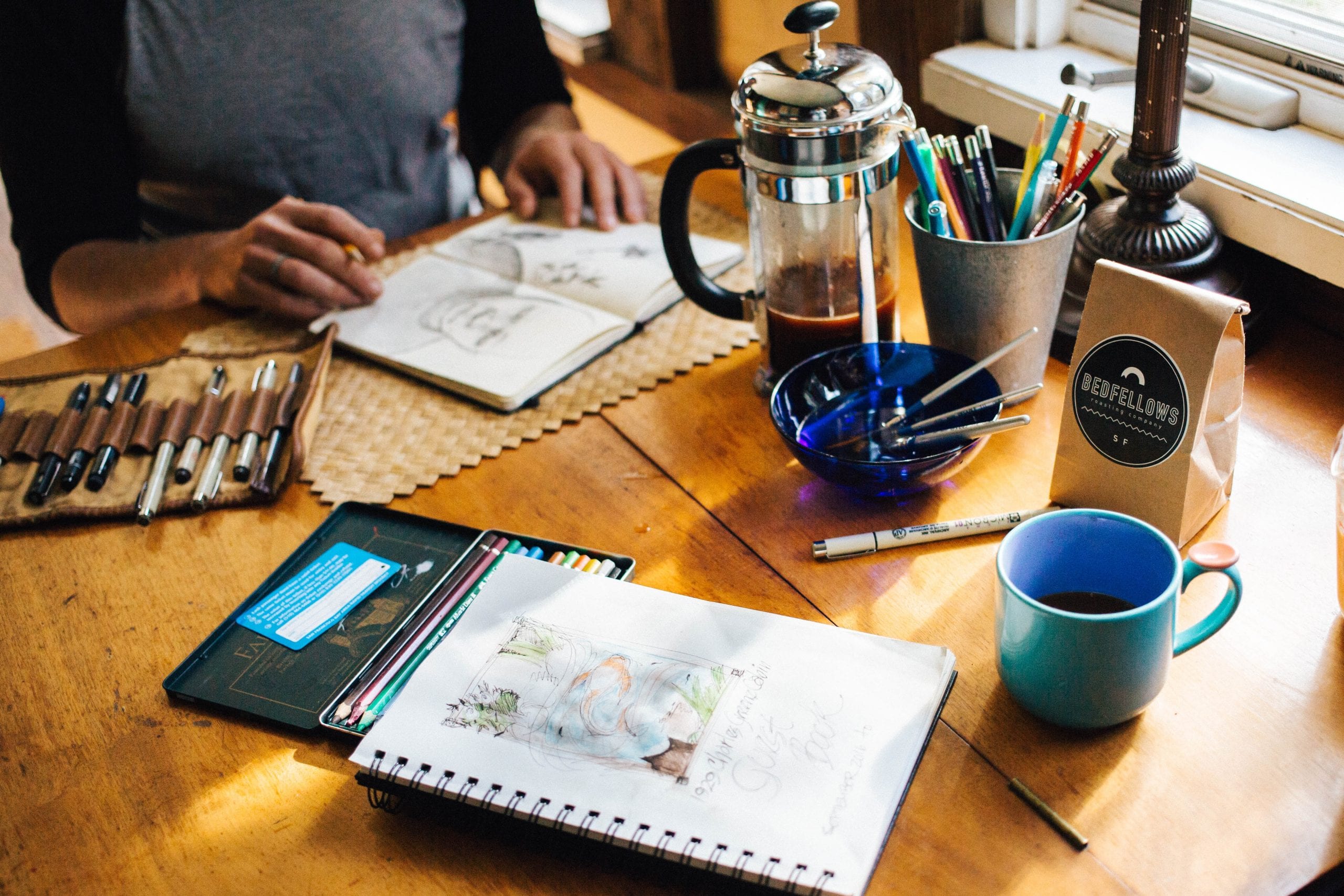 At the start, every creative endeavor, it’s nebulous, chaotic and unstructured.

If you’ve struggled with writing anything longer than a blog post, this basic principle will help. It will enable you to tackle bigger projects and send your creative output through the roof.

Unless you capture your ideas, you’ll never capitalize on them. Ideas come to you at inconvenient times and unusual places. That’s why you need some sort of idea repository:

It doesn’t really matter what method you use. The point is that you use one.

Have Lots of Ideas

If you looked through most of what I’m writing, you’ll see lots of false starts or seeds of an idea. For example, on a plane flight, I remembered something I wrote before:

Treat other people’s advice as ingredients, but come up with your own recipes.

I wondered how this might apply to my speeches. It occurred to me that I could mix spoken word and a musical performance into my talks. I don’t know how I’ll execute it, but I do have a sense of how I could restructure my keynote speeches.

Don’t judge your ideas as bad or good. There will be plenty of time for that later in the process. 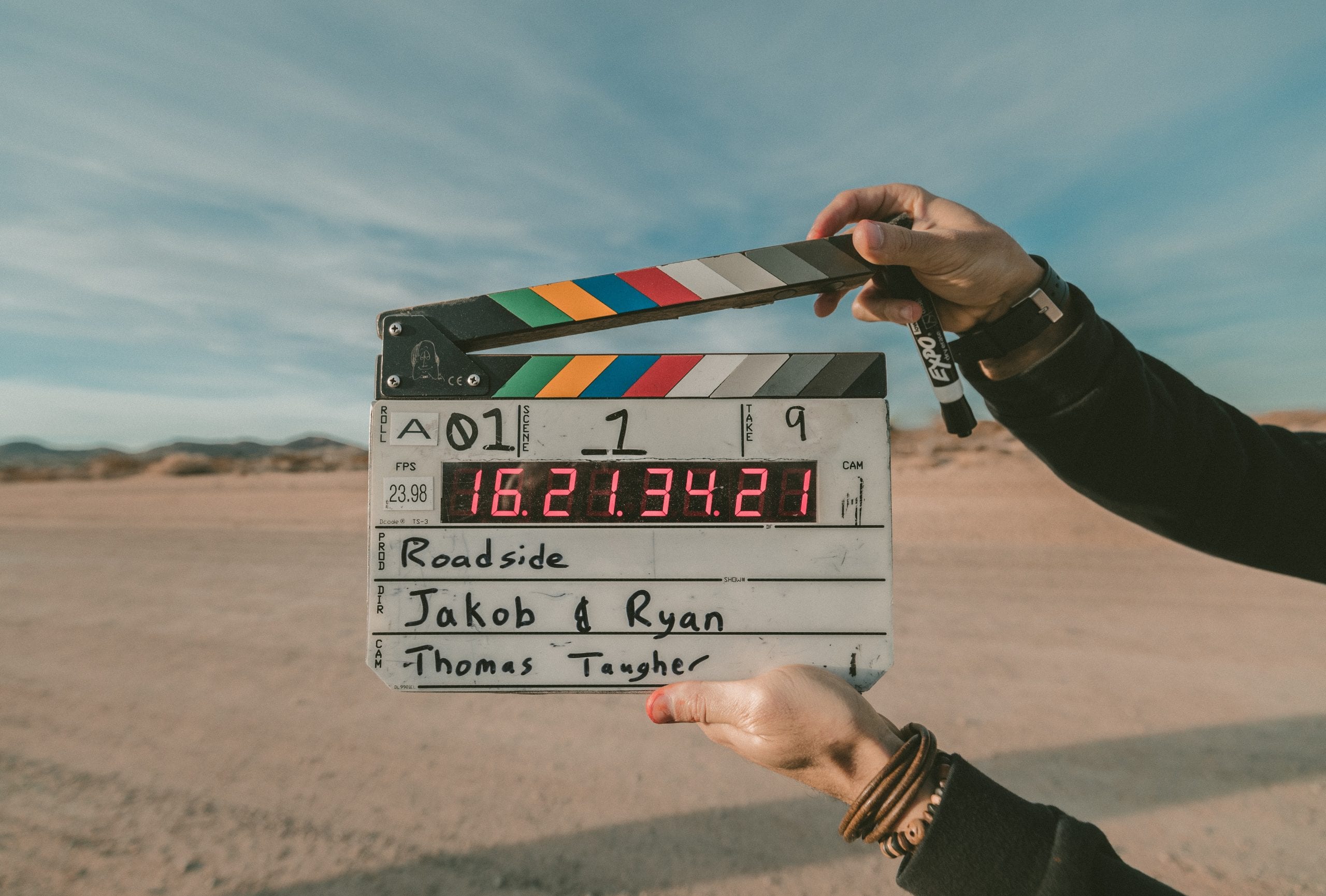 After you’ve come up with the ideas, your goal is to generate as much work as possible. If you’re:

A few weeks ago, I was chatting with my friend, Akshay, who is the photographer at the Mantra Surf Club. As a team, they’ve created some amazing short films about the rise of surfing in India.

I asked them what’s kept them from doing a feature-length documentary? They have the equipment and editing skills. But like any other creative project, the place they were stuck is structured.

So I suggested that my friends at Mantra just start getting as much footage as possible. The storyline and structure would eventually reveal itself. And regardless of what order they filmed it in, they could put it together in whatever order they wanted.

I realized part of it could easily be a separate blog post.

Taking a linear approach to a creative project is like driving from LA to Chicago, and expecting all the lights to be green. Along the way, you’ll see things you weren’t expecting. You’ll make unplanned stops and occasional detours. It’s the same with any creative project.

This story from Raiders of the Lost Ark is a perfect example of a non-linear approach to the creative process.

Harrison Ford had been ill with dysentery for several days while shooting ‘Raiders of the Lost Ark’ with director Steven Spielberg. The script called for a three and a half page fight between Indiana Jones and the scimitar guy. But Ford asked if they could shoot the scene differently, allowing him to spend more time in the bathroom and less time on set.

Spielberg obliged. After the swordsman did his intense and exaggerated display of skill, Ford gave that now-famous tired look, pulled out his gun, and shot the guy. And it worked! Spielberg loved it, and we can’t imagine that scene going any other way — and it was all thanks to diarrhea. – Britt Hayes, Screencrush.com

This scene wasn’t part of the script or part of the plan. It only emerged after they started filming. Don’t worry about how it’s all going to fit together. Just start. 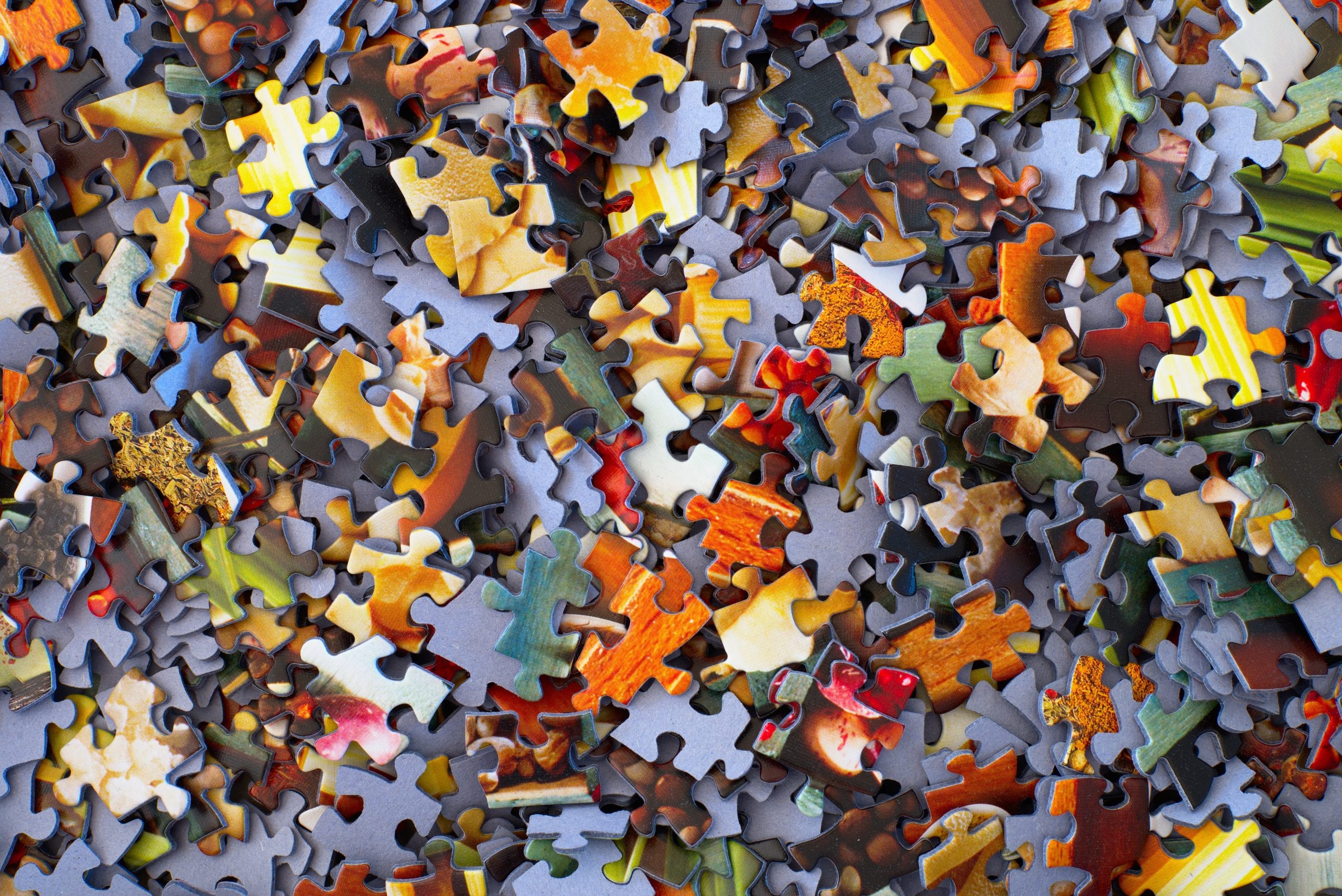 If you’ve ever put together a 1000 piece puzzle, you know that it’s a process of trial and error. The creative process for any project is the same. The only difference is you’re not just putting together the puzzle. You’re also creating the pieces.

For Make More Art, I wrote about 40 blog posts. After the 40th post, I discovered three core themes. These came up over and over: The Mindset, The Work, and Building a Career in the Arts.

Structure reveals itself through the process. But unlike a jigsaw puzzle, you can put the pieces together in any way you want.

If you want to improve the quality of your creative work, you have to increase the volume of it. People who take thousands of photos become good photographers. People who are prolific writers become better writers.

But, one thing that keeps people from producing a high volume of creative work is fear of judgment. This is a blatantly obvious but often overlooked secret of doing great work.

You can throw things away, and you can edit. As I’ve said before, 90% of everything I ever write is absolute shit. You read the 10% I risk sharing. 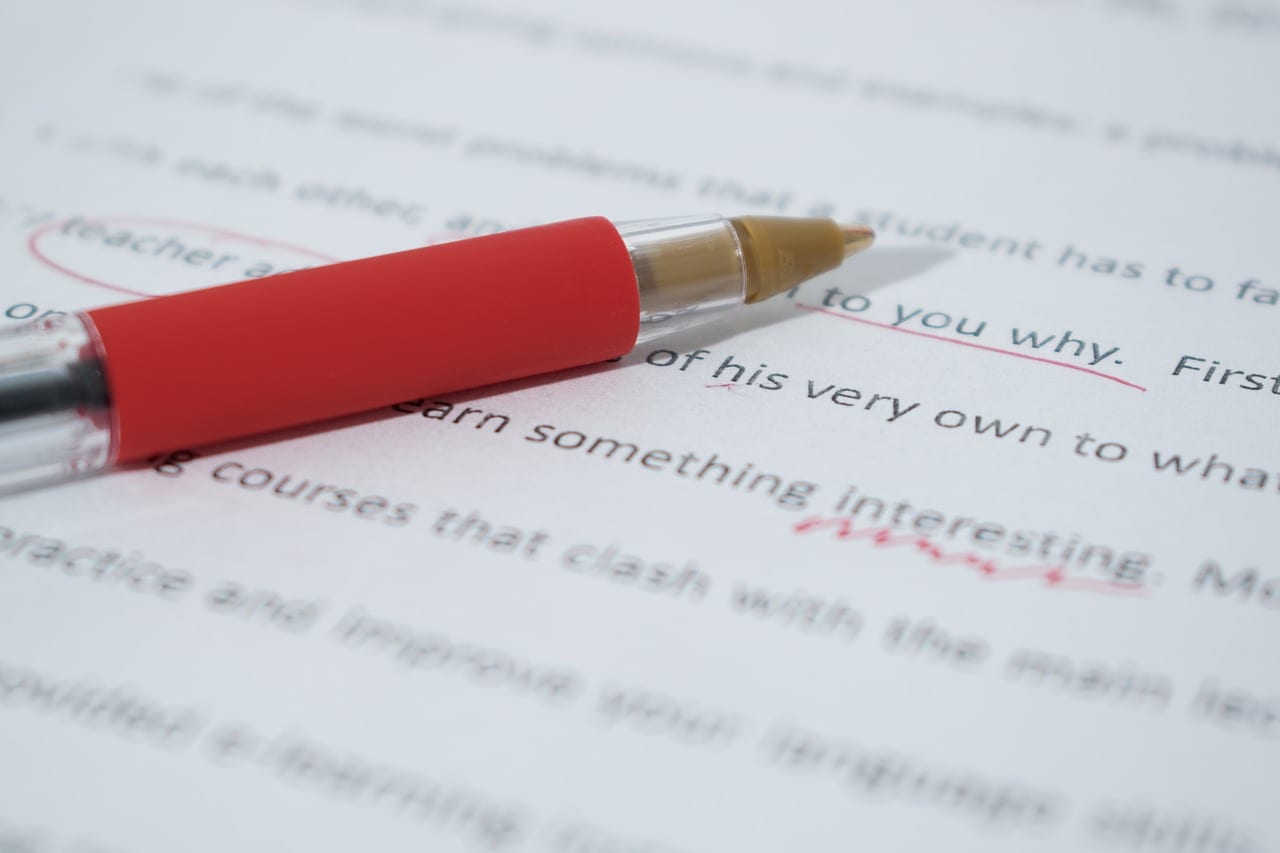 Editing is where the real work begins. This is where you have to look at your work with a critical eye.

Ask the following questions as a framework for editing:

We’re too close to the work to see our own deficiencies. Regardless, you have to learn to self-edit if you want to create work that resonates with people. After you’ve done a thorough self-edit, it always helps to get someone else’s eyes or ears on your art. They’ll see things you can’t.

For example, when I write an article, Kingshuk will actually record a Loom video with his suggestions. He could suggest changes on everything—from the title to the first sentence. Once I make his suggested changes, we hand it off to our proofreader to publish. 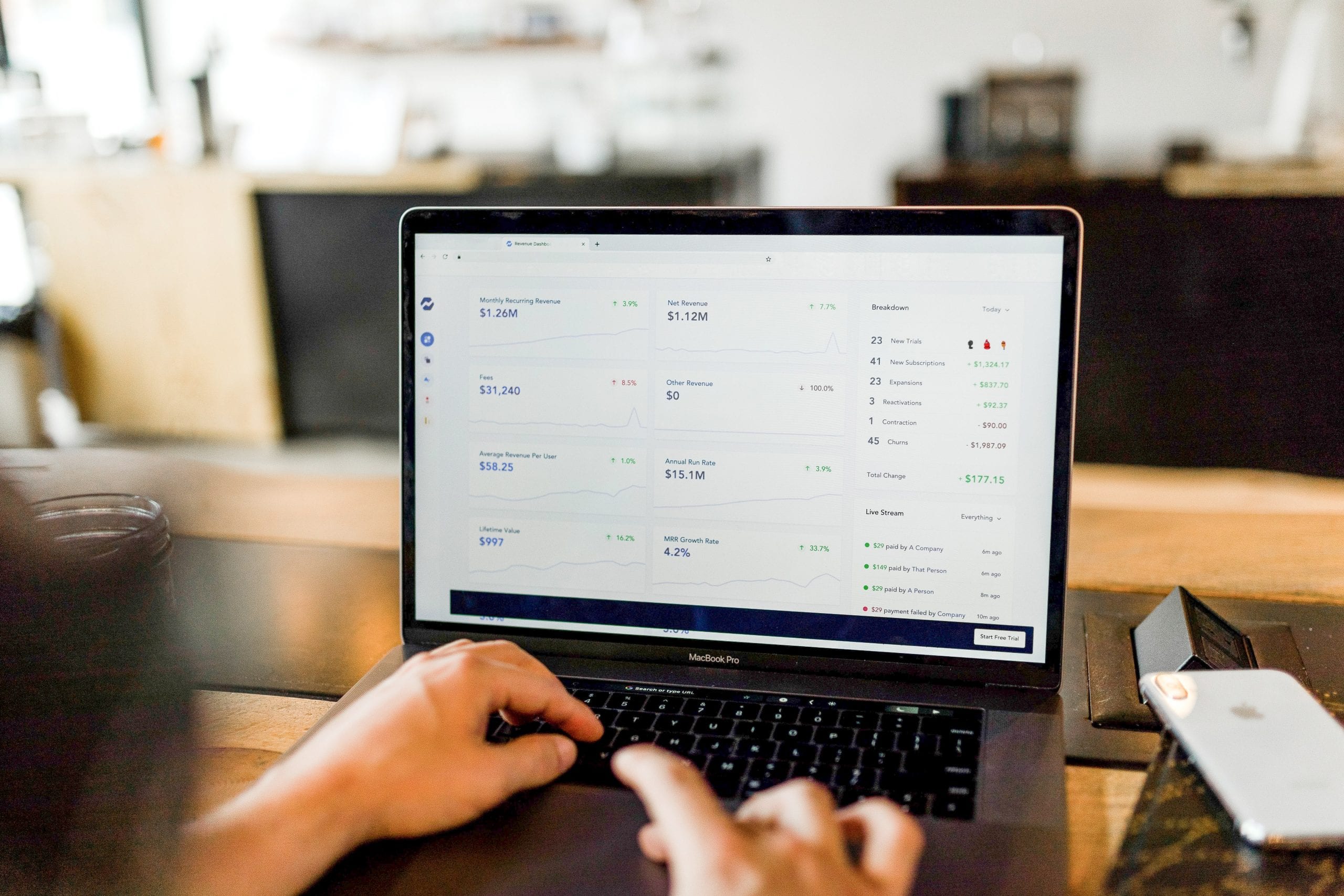 Publishing your content is the moment of truth. Measuring the effectiveness of content is challenging because there are so many ways to do it:

Even though it’s more difficult to quantify, I prefer emotional resonance as an indicator of how effective content is. People take action on things that have an emotional impact.

Tying It All Together

This blog post is a perfect example of the process I’ve described above. I started writing it 8 weeks ago. Anytime I wrote something related to the topic, I added it to the post. But I didn’t start putting it in order until I had all the pieces.

Nothing unlocks your ability to take on big creative projects like knowing that your structure has to be linear, but the process doesn’t. This will make you a much more prolific creator.